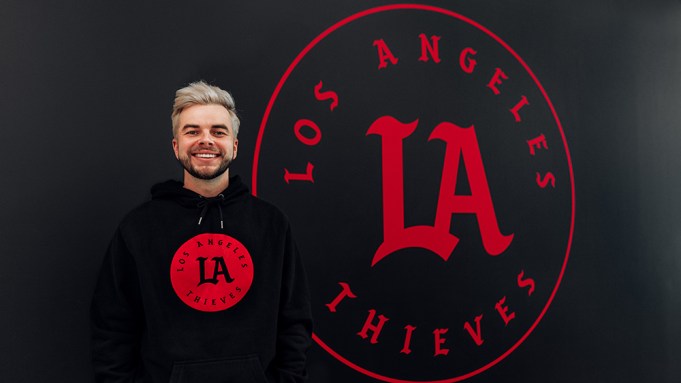 Gaming and lifestyle organization 100 Thieves has joined the Call of Duty League as the Los Angeles Thieves, it was announced on Friday morning.

The team will operate out of the 100 Thieves Cash App Compound in Los Angeles, which the organization unveiled earlier this year. The LA Thieves will mark the 13th franchised team in the league, and the second in LA, after the Los Angeles Guerrillas.

100 Thieves was founded by Matthew “Nadeshot” Haag, one of the most decorated stars in the history of “Call of Duty” esports. He retired from competitive play in 2017 and founded 100 Thieves, which, in addition to its apparel line, owns teams in “League of Legends,” “Fortnite,” “Counter-Strike: Global Offensive” and “Valorant.”

Given Haag’s own history with “Call of Duty,” it was a surprise to many fans that 100 Thieves didn’t have a team in the inaugural season of the Call of Duty League in 2020. In a somber video in August 2019, Haag addressed the organization’s absence from the league, saying at the time that the costs associated with joining the franchise system “could jeopardize everything the company is doing.”

“We won two ‘Call of Duty’ championships in 2019 so our year away reminded us how amazing ‘Call of Duty’ fans are, and how much we missed them,” said Haag in a statement on Friday. “Our fans deserve the best ‘Call of Duty’ team in the world — and we’re gonna do everything in our power to give it to them.”

The news comes as the latest title in the “Call of Duty” series, “Black Ops Cold War,” gears up to launch on Nov. 13. The first season of the Call of Duty League wrapped on Aug. 30 with the Dallas Empire being crowned champions, following a tumultuous few months that saw the league rework its format, which was planned heavily around city-based, in-person events, in the wake of the COVID-19 pandemic.

It ended, however, on a high note, with its season-closer, Champs, peaking at 330k viewers on its exclusive home of YouTube, making it the most-watched “Call of Duty” esports event in history.

“We were impressed by the Call of Duty League’s performance in its first year,” said John Robinson, president & COO of 100 Thieves. “The YouTube partnership, record ratings, and the addition of ‘Warzone’ events showed us that Activision Blizzard Esports has the ambition and ability to make the Call of Duty League a world class esport.”

“Call of Duty League seeks to ignite a shift in competitive entertainment on a global scale, and 100 Thieves shares that same vision,” said Johanna Faries, commissioner of “Call of Duty” esports. “Our inaugural season introduced fans to amazing new teams, rivalries, and storylines — and raised the bar for what the competitive ‘Call of Duty’ scene can achieve. The addition of LA Thieves to our roster of team franchises only ups the ante for what is certain to be an exciting future for all of us.”