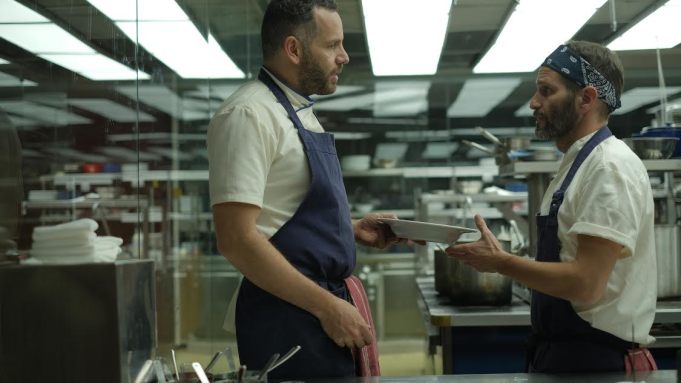 Israel’s leading pay TV group Yes Studios has unveiled a first-look teaser for its new drama series “The Chef” in the run-up to the series’ local launch on Yes TV in November.

Created by Erez Kavel and Orit Dabush, “The Chef” was selected at the Zurich Festival, Berlin TV Series Festival and the SerienCamp Festival in Munich. “The Chef” is the first drama launched by Yes Studios since the start of the coronavirus pandemic. The show’s production was halted in mid-March when Israel went into full lockdown, and it was one of the first series to resume production once the restrictions were lifted in mid-June.

“The Chef” follows an unemployed high-tech worker who starts working in the kitchen of a prestigious restaurant run by a brilliant chef struggling to stay relevant and keep his place at the top of Tel-Aviv’s ultra-competitive gastronomic world.

Toren, who plays the chef/owner in the show, won the best actor nod at the virtual Berlin TV Series Festival in September. The nine-episode series boasts a key crew that includes Guy Raz, the cinematographer of “On the Spectrum.”

“The Chef” marks the TV directorial debut of Kavel, a well-seasoned features screenwriter whose credits include the Sundance-prizewinning “Restoration,” and “Five Hours From Paris.”

Before becoming a screenwriter, Kavel was a professional cook working at several restaurants. The show is inspired by his own experience.

“I worked in a professional kitchen for quite a few years. I suppose I enjoyed it and suffered from it in equal measure. This series was created out of a great love for the profession and the kitchen, and out of a desire to tell the story of the unique people working in it,” said Kavel. “The Chef” was produced by Yes Studios and Kastina Communications.