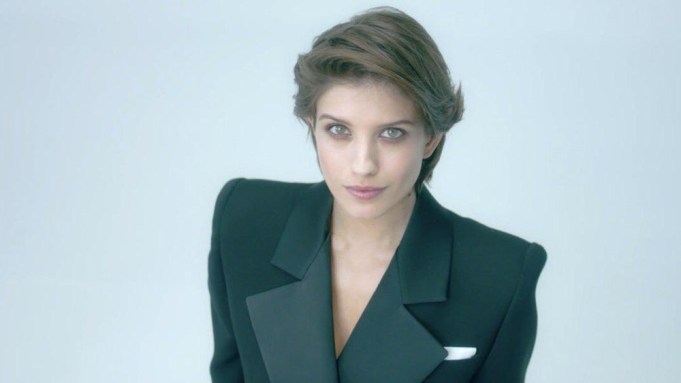 The Key Buyers Event: Digital Edition, a market showcase for the Russian film and TV industry, launched Monday with a welcome video from actress Anya Chipovskaya, the event’s ambassador, sent to its 400 international participants, including buyers, commissioners and producers from 55 countries.

In the video Chipovskaya appears as an A.I. guide, explaining how to use the platform, arrange meetings, find information, and avoid any difficulties that may arise while attending the online event. The video was created by film, music and commercials director Dilia Alshina, and producer Alexey Kiselev of Kisa Communications.

The Key Buyers Event, organized by Roskino with the support of the Ministry of Culture of the Russian Federation and the Moscow government, runs until June 15.

During the event, participants will have access to material about 300 Russian projects, including premieres of films, drama series, animation and non-scripted formats.

The Key Buyers Event also includes a cultural program. Participants will be able to enjoy classical music performances from Kirill Richter, Denis Matsuev, Nikolai Lugansky, Boris Berezovsky, and the Russian National Youth Symphony Orchestra, as well as go on virtual tours around Moscow and the capital’s main museums, including the Pushkin State Museum of Fine Arts, the Tretyakov Gallery, the Moscow Museum, the Jewish Museum and Tolerance Center, the Russian Impressionism Museum, and the Garage Museum of Contemporary Art.

A children’s program will offer online tours around the Moscow Museum, the Museum of Cosmonautics and the Moscow Zoo, as well as cartoons from Russian companies Riki Group, Wizart Animation and Soyuzmultfilm. Children will also listen to fairytales from around the world, narrated in English by actors including Alexander Kuznetsov, Yuri Kolokolnikov, Ivan Makarevich, and Miriam Sekhon.

During the event, international media reps will be able to e-meet some of Russia’s top actors.

Evgenia Markova, CEO of Roskino, said: “One of our major goals is to present rising national talents globally and encourage their international success. This is a key factor for the projects to travel and reach wider audiences, reinventing Russian film industry for the world.”

Chipovskaya said: “I believe that international viewers are ready to see new faces at the helm of new projects. We have some wonderful success stories of Russian actors in foreign markets, but unfortunately there are not as many as we would like. Nonetheless, Russian films are competing at more and more international festivals, and Netflix has started buying our series, which is a sign of our film industry’s potential and its readiness to participate in international projects.”