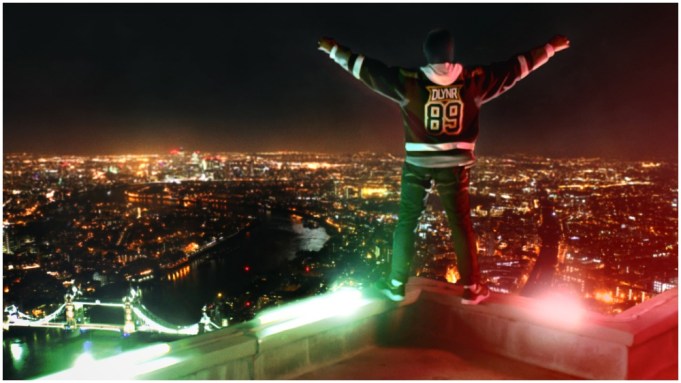 YouTube is driving into the feature documentary space with a bold new film on drill music from one of the U.K.’s most celebrated documentarians.

The controversial genre represented in the Brian Hill-directed “Terms and Conditions: A U.K. Drill Story” has become inadvertently associated with violence and knife-crime in the U.K., and marks a daring step for a platform that has faced protests from groups demanding action against violent content on the site.

Luke Hyams, head of originals for EMEA at YouTube, tells Variety that the platform’s new push for docs – particularly social issue-driven fare – comes from an awareness that content can disappear on YouTube, and must be provocative to stand out.

“It’s so important now in the age of social media and search and discovery that when you make something for YouTube, where content can get lost, (this film) can serve as a discussion starter. That’s why we went into ‘Terms and Conditions’ and want to do docs.”

Hyams says the platform “treaded carefully” in the wake of last year’s protests, which took place outside the firm’s London HQ, and ensured that its critics were represented in the film. “What was important is that we told this balanced story,” he explains.

“Terms and Conditions: A U.K. Drill Story” tells a holistic story of drill via rappers, mothers who have lost sons to violence, police officers and community leaders and lawyers — all of whom discuss drill and knife crime and whether the links between the two are real or fanned by negative media coverage.

The director, whose films have traditionally sat with broadcasters such as the BBC and Channel 4, says the experience of working directly for a platform was liberating in many respects.

The topic is sensitive, however, given the droves of young viewers fleeing the BBC for streamers such as Netflix and YouTube. According to 2019 data from British media regulator Ofcom, young viewers are twice as likely to watch BBC shows on Netflix rather than the public broadcaster’s VOD service iPlayer, while less than half (49%) of youth aged 16-24 tuned into BBC TV channels in an average week.

“There are a lot of people at the BBC who are very nervous about the political situation,” says Hill. “There are so many (broadcasters) competing for viewers, but they must realize they’re all watching YouTube.”

Last year, YouTube rejigged its strategy, bringing original programs in front of the paywall previously in place for the subscription-only YouTube Premium service and advancing as an AVOD. For Hyams, that came with a retool of his content strategy to shift more keenly into learning and education. One landmark project was the Remarkable-produced “Virtually History: The Berlin Wall,” which told previously untold stories about the wall in a virtual reality format.

There is still a “huge commitment” in the learning space, he says, with many projects in the pipeline. Across the year, 12 more originals are set to roll out, and a raft of kids content will also drop on the platform.

Hyams is also hopeful that the commission of “Terms and Conditions” will draw more doc makers to the platform as YouTube looks to expand in the non-fiction space, honing in on culturally relevant and topical issues that have wider reverberations.

“We started this off as a film about drill music, but we ended up making a human story that covers freedom of speech and rehabilitation,” he says. “Even if you’re not a fan of drill but want to understand what’s going on in Britain for young people today, it’s a great way in.”

“Terms and Conditions” will be hosted on urban music YouTube channel GRM Daily, which has 2.63 million subscribers.