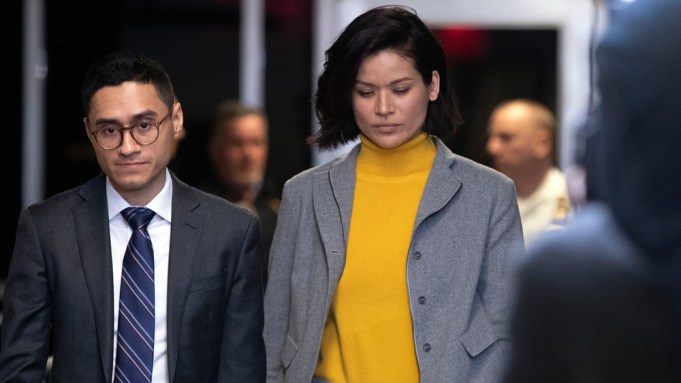 Harvey Weinstein’s defense suggested Wednesday that one of his accusers used therapy sessions to recover memories of a rape.

Tarale Wulff, a former cocktail waitress who now works as a model, testified that Weinstein held her down and raped her at his apartment in 2005. She also said Weinstein had masturbated in front of her during an earlier encounter at Cipriani, where she worked at the time.

On cross-examination, attorney Donna Rotunno noted that Wulff had not claimed that Weinstein raped her during her first conversation with prosecutors. Under questioning, Wulff said she had accepted a referral from the D.A.’s office to see a trauma therapist.

“They told you to do that so you could try to have more memories, correct?” Rotunno asked.

Rotunno asked Wulff if prosecutors believed her initial memories were too “fragmented” to be used in court, and suggested that the D.A. wanted to talk to her again after she spoke with the therapist. Wulff was not able to answer because the judge sustained a prosecutor’s objection.

On redirect, prosecutor Meghan Hast asked if Wulff was actually informed that the reason the D.A.’s office could not file a charge based on her allegations was due to the statute of limitations. Wulff answered yes. Wulff also said she had told prosecutors in the initial meeting that Weinstein had sex with her without a condom, and that he was heavy.

“So you remember all of those details before you met with the therapist?” Hast asked. “Yes,” Wulff answered.

Weinstein’s team previewed the “recovered memory” defense last October, when they asked permission to call an expert who has done research on the unreliability of such memories. Justice James Burke has allowed the expert to testify, but limited what she will be allowed to say.

Wulff testified earlier that she had gone to Weinstein’s office for what she thought would be an audition. She was told to get into a waiting car, which took her to Weinstein’s apartment. She said he was the only person there, and that he held her down on the bed and raped her.

Rotunno asked why she had agreed to get in the car, especially considering that she alleges Weinstein masturbated in front of her during their only previous meeting.

“So you walked outside and you got in some car with a stranger to go see someone who you had a very unpleasant experience with and you had no idea where the car was taking you and you didn’t ask the driver?” Rotunno asked.

Wulff had testified that afterward, she got back in the car with Weinstein, and he took her back to the office.

“You got in the back of the car with him?” Rotunno asked. “After you allege he raped you?”

Wulff is the fourth accuser to testify against Weinstein.