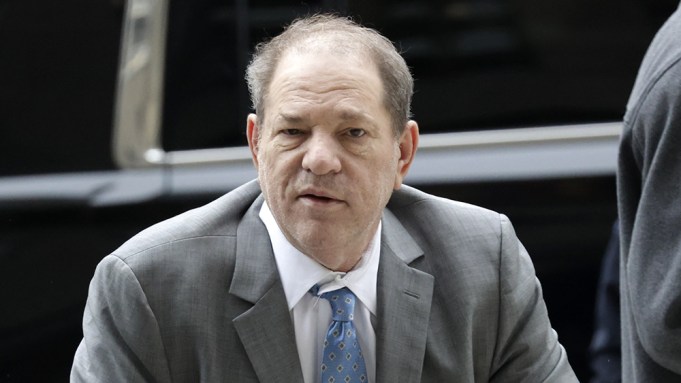 The jury in Harvey Weinstein’s rape trial asked on Wednesday afternoon to re-hear the testimony of Rosie Perez, and asked to see several exhibits, including emails involving Annabella Sciorra.

Perez testified on Jan. 24 that Sciorra confided in her in the early 1990s that Weinstein had raped her. Perez said she advised her friend to call the police, but Sciorra refused out of fear that Weinstein would destroy her career.

Justice James Burke said the deliberations would end for the day after the testimony was read back. The jurors will return for the third day of deliberations on Thursday morning.

The jury also asked to see the PowerPoint presentation of Barbara Ziv, the prosecution’s expert psychologist. Ziv testified about “rape myths,” seeking to explain to jurors why women would maintain contact with their rapist, and why they might not report to the police.

The jurors also asked for any emails and texts involving Paul Feldsher, a former ICM agent who testified for the defense. Feldsher told jurors that Sciorra had told him that she had a “crazy thing” with Weinstein, and that he interpreted it as a consensual encounter. On cross-examination, the prosecution introduced text messages between Feldsher and Weinstein, in which Feldsher called Sciorra an “a—hole” and said she was “full of s—.”

Again showing its interest in Sciorra, the jury also asked for emails involving Black Cube and Guidepost Solutions, two private investigation firms that Weinstein turned to for help in thwarting his accusers. Sciorra’s name was highlighted on “red flag list” that was sent to Guidepost Solutions.

Earlier on Wednesday, the jury asked to have a substantial portion of Miriam Haley’s testimony read back to them. Haley testified on Jan. 27 that Weinstein invited her to his Soho apartment on July 10, 2006. She said that he pinned her on a bed and performed oral sex on her while she said “No, no.” She also testified that two weeks later, Weinstein had sex with her at the Tribeca Grand Hotel, while calling her a “whore” and a “bitch.”

The jurors asked to hear the testimony of both incidents, including both the direct examination and cross-examination. On cross-examination, defense attorney Damon Cheronis had argued that Haley fabricated her allegations against Weinstein in 2017 because it was no longer “in vogue” to be friends with the producer. The read-back took about one hour and 15 minutes. The jurors mostly seemed intently focused on listening to the testimony, and some took notes.

The jury also asked for emails between Weinstein and Haley. The defense had pointed to emails after the alleged sexual assault in which Haley thanked the producer, and signed off with “Lots of love,” arguing they showed that the two had an affectionate relationship.

Before the lunch break on Wednesday, Cheronis asked Burke to issue a gag order to bar Gloria Allred from speaking to the press. Allred, who represents Haley, has been attending the trial and offering comments to reporters outside court. Burke denied the request, saying “I wish I had that kind of authority.”

The defense also made another bid to remove a white female juror from the panel. The juror is an author who wrote a book about predatory older men, and the defense has repeatedly tried to get her kicked off the case. On Tuesday, the defense argued that the woman had been reading books that were tangentially related to the issues in the case. They pointed to an online review she had written of “My Dark Vanessa,” a novel about a 15-year-old girl who has an affair with her English teacher.

On Wednesday morning, the jury also sent a note requesting more clarity on the two charges involving Haley. “Please re-read us the charges against the defendant for numbers 1 and 2,” the jurors asked. The jurors have yet to ask any detailed questions regarding the other key accuser, Jessica Mann, whose allegations are the basis of Counts 3, 4 and 5.

When Weinstein arrived to court on Wednesday with his attorneys, he did not respond to any questions from the press line. The Weinstein team has previously been chatty with reporters on days they appear to be confident, such as last week’s closing arguments.

Mackenzie Nichols contributed to this report.