Weinstein Jury Ends First Day of Deliberation With No Verdict 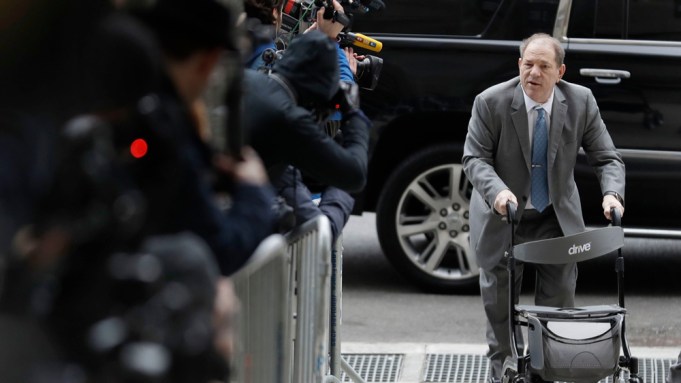 The jury in the Harvey Weinstein trial has ended the first day of deliberations without reaching a verdict.

The jury got the case on Tuesday morning after a six-week trial, in which six women took the stand to accuse the disgraced producer of sexual assault. Weinstein faces five counts, including two counts of predatory sexual assault, which carries a potential life sentence.

Less than an hour into its deliberations, the jurors asked Justice James Burke for guidance in interpreting the verdict form. They asked for legal definitions of terms like “forcible compulsion” and “consent,” and also asked for “an explanation on the law of why we may find the defendant guilty for predatory assault only and not other crimes.”

Weinstein is accused of raping Jessica Mann at the DoubleTree hotel on March 18, 2013, and of sexually assaulting Miriam Haley at his Soho apartment in 2006. Prosecutors also allege that Weinstein raped Annabella Sciorra at her Manhattan apartment in the early 1990s.

The two predatory sexual assault charges each accuse Weinstein of two sex crimes. The first involves Haley and Sciorra; the other involves Mann and Sciorra. If the jury acquits Weinstein of either of those predatory sexual assault charges, they could still find him guilty of the “lesser included” crimes of criminal sex acts and rape. Those counts could carry terms of five to 25 years in prison.

Later on Tuesday, the jurors asked for a blueprint of the Soho apartment building. They also asked for emails between Weinstein and a private investigator in which Weinstein included a “red flag list” of potential accusers. Sciorra’s name was highlighted in red on the list.

On his way out of court, Weinstein was asked by a reporter how he felt.

Weinstein did not say anything else when asked a flurry of questions by the jam-packed press line.