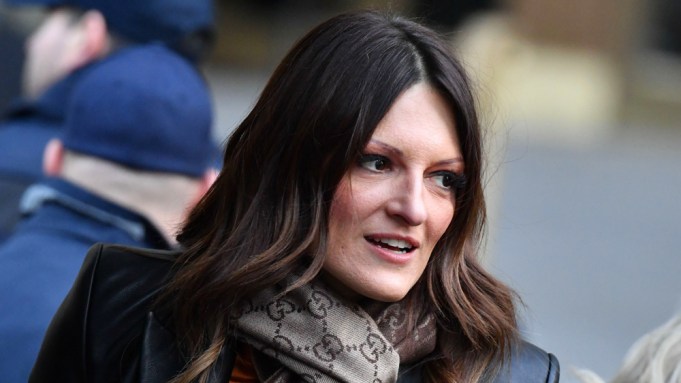 Speaking outside court, attorney Donna Rotunno said that Burke had “caved” to pressure from the public and the #MeToo movement.

“That sentence that was just handed down by this court was obscene,” Rotunno said. “I am overcome with anger at that number. I think that number is a cowardly number to give.”

Weinstein faced a maximum sentence of 29 years on counts of committing a criminal sexual act and third-degree rape. Many observers predicted that he would get 10 to 15 years.

Rotunno said Weinstein will appeal, and said the harsh penalty will offer further evidence to the appellate court that the trial was biased against Weinstein from the beginning. She said the appeal would likely be filed in July.

“There are murderers who will get out of court faster than Harvey Weinstein will,” Rotunno said. “We hope this sentence will speak to the appellate court in a way that will show this has been unfair from the beginning.”

Weinstein addressed the court before the sentence was issued, saying that he felt remorse for the victims, but adding that he was “confused” by the allegations against him.

Gloria Allred, who represents three of the accusers, also addressed the media outside the courthouse. She held up a sign with Weinstein’s sentence on the two counts — 20 years and three years — with the words “This is what justice looks like.”

“If you are a sexual predator and you are confused, all you have to do is remember this — 20 plus three years,” she said. “For all those who are still preying on women, who want to engage in the high risk-taking of harming women and thinking you’ll get away with it, that gamble is likely not to pay off for you anymore. And if you’re a high-profile figure, don’t expect anything but equal justice.”

Tarale Wulff, one of the women who testified at trial, said she felt happiness when Burke delivered the sentence.

“No one thought we’d be here today. No one thought Harvey would ever see a courtroom,” she said. “I feel joyous with what Judge Burke decided.”

“We thank the court for imposing a sentence that puts sexual predators and abusive partners in all segments of society on notice,” he said. “We thank the survivors for their remarkable statements today and indescribable courage over the last two years. Harvey Weinstein deployed nothing less than an army of spies to keep them silent. But they refused to be silent, and they were heard. Their words took down a predator and put him behind bars, and gave hope to survivors of sexual violence all across the world.”