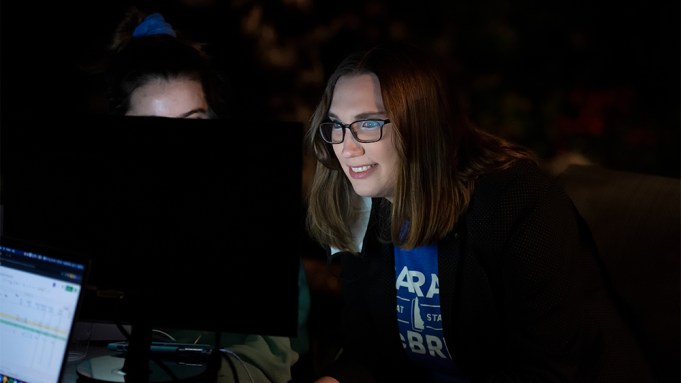 McBride has been actively working to advance equality in the state of Delaware for years. She first made history in 2016 when she addressed the Democratic National Convention as the national press secretary for the Human Rights Campaign, making her the first openly transgender person to speak at a major party convention in the United States.

On her site, McBride wrote an essay titled, “Why I’m Running.” She wrote, “Six years ago, I drove down to Dover to stand before the Delaware State Senate to fight for my rights and the rights of thousands of other Delawareans. Together, we were able to achieve something that many people thought was impossible – a landmark comprehensive law protecting people’s dignity, regardless of their gender identity.

“Come January 2021, I hope to make that same drive down to Dover and stand in that same chamber to fight for economic opportunity and dignity for every Delawarean.

“This is a critical, pivotal moment for our democracy. It’s hard to turn on the news and not feel frustrated and heartbroken by what’s going on in Washington these days. It can be hard to remember that we’re all in this together because the sad state of national politics can make us feel so divided and alone.”

Annise Parker, CEO of the LGBTQ Victory Fund, said of McBride’s win, “Sarah’s overwhelming victory is a powerful testament to the growing influence of transgender leaders in our politics and gives hope to countless trans people looking toward a brighter future.”

She added, “Throughout this election cycle, Donald Trump and other cynical politicians attempted to use trans people as a political weapon, believing they could gain popularity by stoking fear and hate.”

Parker went on to say, “For Sarah to shatter a lavender ceiling in such a polarizing year is a powerful reminder that voters are increasingly rejecting the politics of bigotry in favor of candidates who stand for fairness and equality. Her victory will inspire more trans people to follow in her footsteps and run for public office.”

Alphonso David, Human Rights Campaign President said, “Tonight, Sarah made history not just for herself but for our entire community. She gives a voice to the marginalized as a representative and an advocate.” He added, “This victory, the first of what I expect to be many in her career, shows that any person can achieve their dream, no matter their gender identity or sexual orientation. Though we will miss having her as an employee at the Human Rights Campaign, Sarah will undoubtedly represent the First District well and we look forward to seeing what she accomplishes.”

In New York’s 17th district, Mondaire Jones, is expected to be another historic first as an openly Black gay man as he runs for congress.