Motion Picture Academy Embraces Diversity for the Future of Cinema 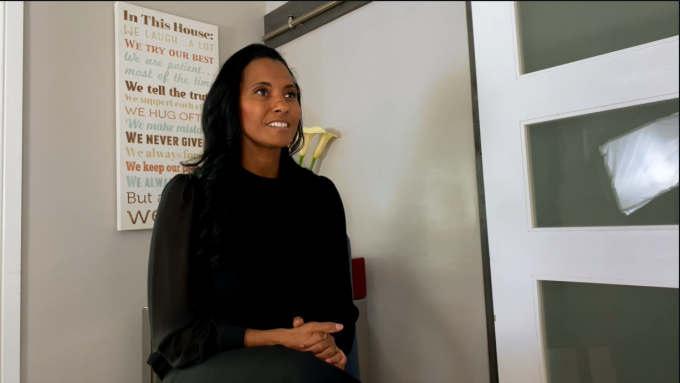 Can one small step for inclusion lead to one giant leap for the movie business?

For the Academy of Motion Picture Arts and Sciences, that thought has driven restructuring of its own organization.

The Academy has had occasional triumphs with inclusion, most recently awarding best picture to South Korean film “Parasite” in 2020. But its most visible project, the Academy Awards, still doesn’t reflect the population of the country, let alone the globe. The Academy, sensitive to criticism on this subject, has moved into a new phase that aims to advance its previous diversity and inclusion efforts.

The org announced its Academy Aperture 2025 initiative after high-profile, police-involved murders led to increased outcries for social injustice everywhere — including Hollywood. According to the Academy’s chief operating officer, Christine Simmons, it was important for the Academy to meet the moment with something actionable, not just performative.

“We know that … with dominant cultures, they have a certain view of what excellence is,” says Simmons. “So how do we broaden that view? How do we realize that there is more to be recognized as excellent? That’s the philosophy and the spirit around Aperture 2025.”

Simmons spoke with PwC’s Rick Rosas as part of its video series, “Pulling the Future Forward.” The series is running in connection with the 21st edition of PwC’s Global Entertainment & Media Outlook.

The Academy’s previous A2020 initiative, launched in 2016 (following the #OscarsSoWhite controversy), recently surpassed its pledge to double the number of women and diverse Academy members by 2020. But the organization recognized that, that was no longer enough.

“While we had significant achievements and plans in place before,” says Simmons, “[the current climate] again ramped those up and really accelerated the timeline by which we wanted to accomplish it, and honestly decided to tackle a bit more.”

The org’s Office of Representation, Inclusion and Equity was recently established to oversee the Aperture 2025 initiative and ensure that the Academy’s hiring and promotion practices aligned with its plan. A new guideline requires the Board of Governors, staff and leadership to undergo unconscious-bias training annually, and the Academy will continue to host discussions that highlight the systemic challenges faced by various marginalized groups.

“We are having these phenomenal dialogues with our members about raw, honest conversations about their experiences as filmmakers and artists in this community,” says Simmons. “So, there’s all of these pieces: There’s education, there’s experience and there’s exposure.” The panels have included activists alongside entertainment industry figures who spoke about how intersectionality uniquely shaped their careers.

One major talking point got widespread media attention: new inclusion requirements for films that want to be considered for best picture. The new rules aim to foster more diverse representation, on and off camera. But Simmons notes the Academy is looking for steps it can take to lead the industry by example.

The Academy Awards are the Academy’s best-known program, but it has many more, including talent-development initiatives. Simmons adds that the org’s symbiotic relationship with the filmmaking community helps it promote diversity among the companies it serves, which in turn helps diversify the Academy itself.

The Academy has also been doing its part to help move the industry forward during the COVID-19 pandemic. Simmons recalls how some technologies that were feted at last year’s Scientific and Technical Awards, which enabled editing various things in post without having to do reshoots, could promote a safe and healthy work environment as productions resume for many of its members.

“Those are the same types of applications that we can now use going forward so that we don’t necessarily have to be physically in close proximity with folks, and that’s what the Academy Science and Technology Council hopefully will continue to tackle in partnership with the industry as a whole,” Simmons says. “We’re going to have to be creative because the key [is] we really do want to get people back to work. But we want to do it safely.”

PwC can help you strategize for the recovery of COVID-19 and beyond. PwC’s Global Entertainment & Media Outlook 2020-2024 is a single, comparable source for consumer and advertising spending and analysis across 14 segments and 53 countries. To request a custom presentation (limited to one per qualifying organization) or receive the Special Report directly to your inbox, click here.