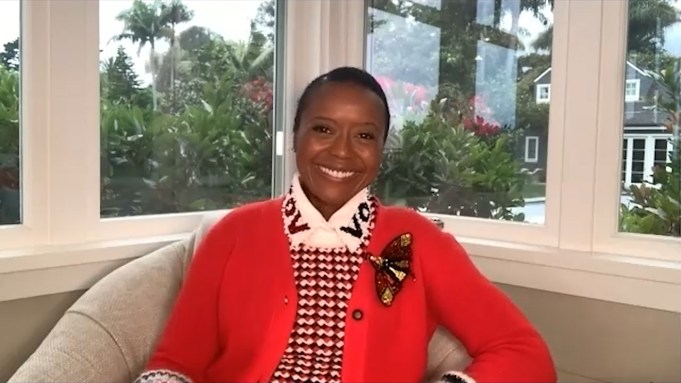 It’s time for corporate America to face the future, with the help of math and incentives.

Mellody Hobson, co-CEO and president of Ariel Investments, asserts that the most important way for media giants to pursue diversity and inclusion goals is to start by having a benchmark of where they are — and that requires hard data. It also means companies need to be transparent about where they stand today and where they hope to be in the future.

“If it matters, it’s counted,” Hobson said during a keynote held as part of Variety’s two-day Power of Women: Conversations, presented by Lifetime. “Start counting. Just count. I love the saying that math has no opinion.”

Hobson, former board chair of DreamWorks Animation, is a prominent voice in the financial community on investment strategies, the need for greater financial literacy among the general public and how corporate America needs to reflect the increasingly multicultural nation it serves in order to thrive. Hobson at present serves as a director for Starbucks and JP MorganChase.

The process of scrutinizing a company’s track record on diversity and inclusion can’t be engineered to deliver the most rosy optics possible. It has to be an honest accounting.

“Look at the organization from top to bottom, start at the board, look by ethnicity and gender,” Hobson said.

The temptation, she notes, is to put all of those in BIPOC realm into one “multicultural umbrella where you put everyone together and roll it all up so the numbers look great,” Hobson said. “By counting by ethnicity and gender, you see where the under-representation is. You do the C-suite, you do the next level of executives all the way down. There’s no patting yourself on the back, giving some big ethnicity number when 90% of your ethnicity comes from the assistant level. That doesn’t work.”

At the director level, boards can have a huge influence on how a company embraces diversity and inclusion goals by holding CEOs and senior managers accountable. Company-wide goals need to be spelled out in the compensation plans for top leaders. As Hobson succinctly puts it: “You get what you incent.”

From a macro-economic perspective, Hobson said she’s not too worried about the market recovery or an unemployment hangover from the shock of the coronavirus shutdown last spring. But she does worry about the lack of short-term stimulus for families that are still hurting from pandemic-related job losses. Hobson said she sees this period of national reckoning on the public health crisis, politics and social justice as the onset of a new chapter for progress in civil rights.

“I almost see this as Civil Rights 3.0 in America. Maybe the Civil War was one version, the 1960s (movement) was another, and this is another. The 1960s version was around government, government policy of laws and the life. And this is now about corporate America. And what is corporate America going to do? It has landed at the feet of corporate America in a very different way than ever before, and there’s no avoiding it because of the viral nature of our society.”