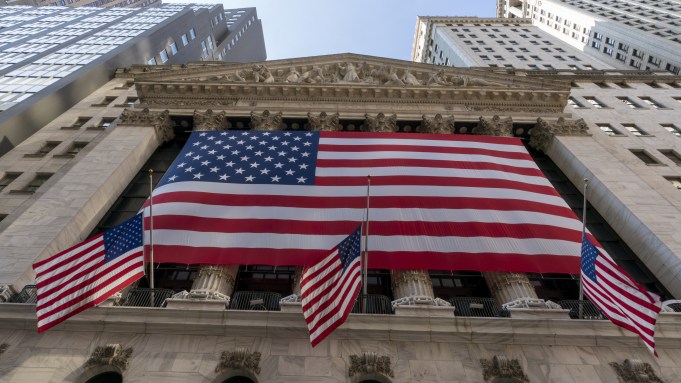 Large tech companies saw mixed results in early Election Day trading before trending up. At the closing bell, shares of Facebook, Apple, Amazon and Alphabet (Google’s parent) had each climbed 1.5% for the day. Shares of Twitter closed up 5.7%, coming after the company affirmed CEO Jack Dorsey would remain in the role after a review by an activist investor; however, that came after a 21% plunge last Friday on slow Q3 user growth and a cloudy Q4 ad forecast.

Overall, investors are anticipating that a Biden win, along with Democrats potentially picking up a majority of the House and Senate, will be “the surest way to help mitigate COVID-19 and to get a positive outcome on stimulus talks,” BNP Paribas Asset Management analyst Paul Sandhu told the Wall Street Journal.

Wall Street expects that a Biden presidential administration would produce a bigger COVID relief bill — upwards of $3 trillion — than under a Trump second term. Democrats are “clearly favored” to take the House (with an 80% chance of ending with 225-254 seats to hold a majority) and the party is “favored” to win the Senate (with Dems taking control in 75 of 100 scenarios), per FiveThirtyEight’s final forecasts.

Some economists have said Biden’s overall economic plan and more aggressive tack to address the pandemic will be more effective at restoring the millions of U.S. jobs that have been lost during the crisis. “The goal of the next president will be to get back to full employment as fast as possible. Biden will get there a lot faster than Trump will,” Moody’s Analytics chief economist Mark Zandi told USA Today.

At the same time, under a Biden presidency, companies likely will see higher tax bills as well as stepped-up enforcement of antitrust regulations. Biden has pledged to increase the U.S. corporate tax rate to 28%, after Trump’s 2017 tax law cut that from 35% to 21%.

“Most companies are really taking a wait-and-see attitude to what the outcome of the U.S. election will be,” said Dan Hays, principal at PwC U.S. who is a senior member of the firm’s Strategy& consulting practice for the technology, media and telecommunications sector. The prospect of higher corporate taxes under a Biden administration “is certainly front and center,” he added. “The general view is there would be an inevitable increase in the corporate tax rate to pay for pandemic relief.”

Stock trends for the most recent 90-day period have already pointed toward a Biden victory. From July 31-Oct. 31, 2020, the S&P 500 dropped — albeit just 0.04% — a historical indicator of a Trump loss. In election years dating back to 1944, when the S&P 500 declined in the three-month period prior to Election Day, the incumbent president (or the candidate of the outgoing president’s party) has lost the election 88% of the time, according to CFRA Research’s Presidential Predictor.