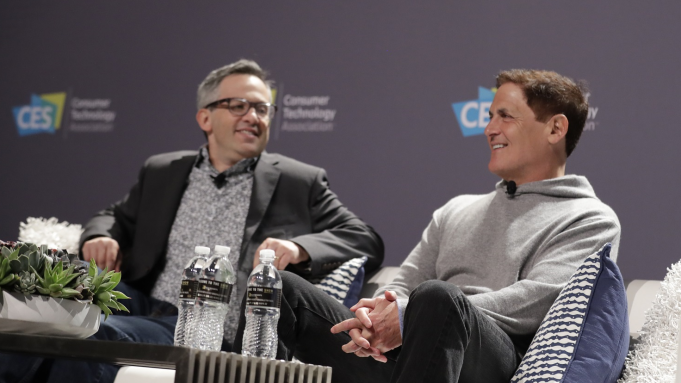 As a serial entrepreneur with a taste for tech, Mark Cuban has built a multibillion-dollar career by trusting his well-developed instincts. So when he says it’s time to pay attention to any particular innovation, it’s best to listen up.

On the latest episode of the “Strictly Business” podcast, recorded at CES earlier this month in Las Vegas, Cuban couldn’t emphasize enough how important artificial intelligence is to anyone in the business world.

“If you don’t know AI, you’re the equivalent of somebody in 1999 saying, ‘I’m sure this internet thing will be OK, but I don’t give a s—,’” Cuban said in a keynote Q&A recorded from the stage of Variety’s annual CES conference. “If you want to be relevant in business, you have to or you will be a dinosaur very quickly.”

But AI isn’t the only technology on his radar. In a wide-ranging interview, Cuban touched on everything from his budding TikTok usage to how the advance of 5G will propel the rise of legalized sports gambling for the NBA team he has owned for the past 20 years, the Dallas Mavericks, to the enduring value of sports rights to pay-TV operators.

“Sports is becoming more important to traditional TV to keep it alive,” he said. “You’re going to see sports stay there just because of the economics. The traditional MVPDs needs us now more than they did then.”

Another portion of the entertainment business he sees value in is movie exhibition. Though he sold off Landmark Theatres in 2018 (“I was just tired of trying to deal with the s— of it all,” he admitted), it’s not because he soured on that sector entirely.

“There’s going to be a segment of movies that aren’t going to be there and that’s going to make it a little more challenging,” Cuban noted. “I think the number of theaters will decline, but that will improve the business for those that remain.”

Cuban joked about his own short-lived experience as a movie producer, noting the multiple Oscar nominations he earned for the doc “Enron: The Smartest Guys in the Room” and film “Good Night, and Good Luck.”

“My first two movies got nominated for seven Academy Awards (and I thought), ‘this s— is easy,” he cracked. “But you haven’t heard of a movie I’ve done since. It’s hard. Content is hard.”

“Strictly Business” is Variety’s weekly podcast featuring conversations with industry leaders about the business of entertainment. Past episodes include conversations with Discovery CEO David Zaslav and Dana Walden, co-head of 20th Century Fox Television and Fox Television Group. A new episode debuts each Wednesday and can be downloaded on iTunes, Spotify, Google Play, Stitcher and SoundCloud.