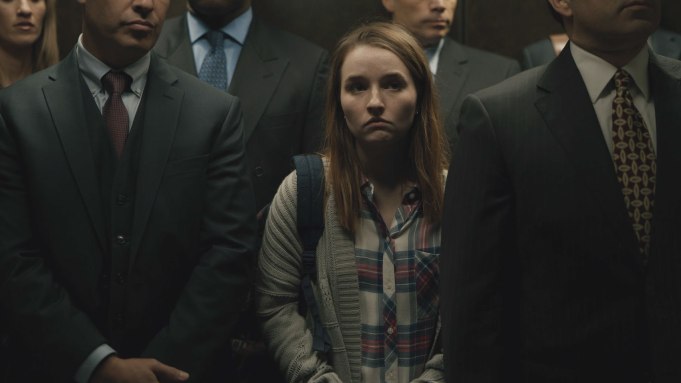 It’s not every day an actor’s audition sides include some of the toughest scenes in an entire series, but that was the case for Kaitlyn Dever when she came in to read for Netflix’s harrowing true-crime limited series, “Unbelievable.”

The 23-year-old “Booksmart” breakout star, who was nominated for BAFTA’s Rising Star Award and a Golden Globe this year, was tasked with performing three scenes from the first episode, in which her character, Marie Adler, survives a sexual assault and is then repeatedly asked by police to relive her trauma through unrelenting questioning, ultimately pressuring her into recanting her statement. One detective resorts to telling her, “This is a waste of our time.”

In the latest installment of Netflix’s FYSEE TV series, “Scene Stealers,” Dever shares that it was the hardest audition she’s ever done. The Variety 10 Actors to Watch alumna is joined by casting directors Melissa Kostenbauder and Jodi Angstreich, who shed light on why Dever was the perfect choice to play the heart-wrenching role.

“The first episode is all Marie,” explains Angstreich. Dever was on the casting team’s list from the start, Angstreich says, as her office had previously cast Dever in 2014’s “Laggies.” The actress had also worked with “Unbelievable” executive producer Sarah Timberman on the FX series, “Justified.”

“We were all super familiar with her and were excited to have her come in from the get-go,” says Angstreich. “It was, you know, ‘When is Kaitlyn gonna get in?’”

The idea of casting a role based on a real person was daunting for Angstreich and Kostenbauder, especially because Marie had undergone so much travail in her life before the events of the limited series begin, from shuffling between foster parents to living on her own in a social services program for troubled teens.

“And then she has the rape,” says Angstreich. “And then she has layers of all that happens after that. So we needed somebody who could both express her maturity and her immaturity and not have this glossy movie star feel to her. She had to represent the reality of who Marie was — and Kaitlyn knocked it out of the park. Right away it was magic, before we even saw her read.”

During the “Scene Stealers” episode, Dever realized she was wearing the same bright pink dress that she wore to her audition. She read that day in front of an all-female creative team including Timberman, showrunner Susannah Grant and executive producer/director Lisa Cholodenko. Dressing the part of a typical young woman going about her day, Dever fit the bill for the survivors at the center of the series, which made casting all the more chilling for Kostenbauder. “Especially with this case, it was an everywoman,” she says. “It was really important to make sure that it was done correctly and getting those real faces, not just a shiny Hollywood piece.”

Inspired by true events that were chronicled in a Pulitzer Prize-winning 2015 article and a 2016 podcast, the drama hinges on Marie’s case in Lynnwood, Washington. Meanwhile, two female detectives in Colorado investigate serial rapes, and what they discover may reveal the truth. The detectives, played by Merritt Wever and Toni Collette, lean on each other for support, while Marie suffers alone in the Northwest.

Dever found comfort from the many women on the set of “Unbelievable,” but the essence of her role bred an increasingly lonely journey for her character. “I did wish I had a buddy to go along with because I had just come from ‘Booksmart’ and then I went to this project,” she says. “I was pretty isolated, which in turn ended up helping my character development along the way.”

Marie’s solitary suffering rang true when it came time to film the detective scenes from the first episode. “It was a real acting exercise because I knew the truth as an actor and I was playing a person who knows the truth,” says Dever.

Describing Marie’s conflicted feelings, Dever says: “For some reason, I feel like I’m a little kid who’s in trouble and I’ve done something wrong. And now all of these people that I thought cared about me are also questioning whether I’m telling the truth or not. And the detectives I’m talking to, who are supposed to be helping me, are not helping me, and don’t seem like they’re on my side. So it was a lot to unpack.”

As Dever felt enormous responsibility to portray Marie’s truth, she struggled with whether to contact the real Marie before production began. “I did want to talk to her, but, at the same time, I wanted to respect that privacy,” she explains. After speaking with Grant and Cholodenko during prep, she decided not to reach out.

But she received a welcome surprise upon the series’ release. At a panel event, Grant told Dever she should check her email, coyly noting, “I think you’ll like what you’re about to read.” In her inbox was an email from one of the writers of the original article, recounting the real Marie’s reaction to watching “Unbelievable.”

“She said she found a lot of closure from the show and that she really loved it,” says Dever. “I didn’t know what to do with that information because she was the only opinion I ever wanted doing this.

“We all came together for her and so it just felt so overwhelming. It brought me to tears. It was just really incredible to hear from her after all of that, because I don’t really need anything else, you know?”