Webcast features the acclaimed chef and the award-winning rocker on their friendship, the urgency of emergencies and helping communities struck by coronavirus 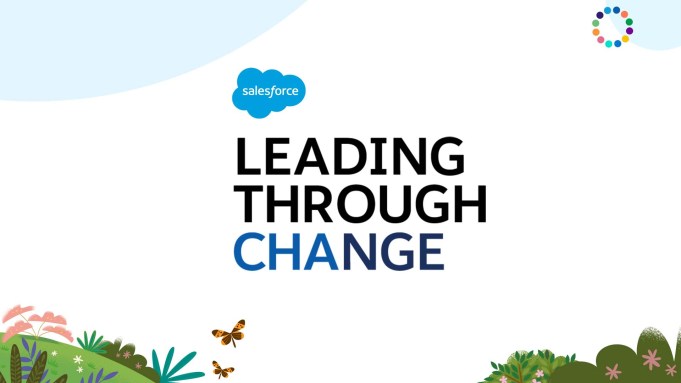 Among the celebrities video-sharing messages of support in the COVID-19 crisis, famed chef-restaurateur José Andrés stands apart. Founder of the nonprofit humanitarian relief organization World Central Kitchen, Andrés spends much of his time on the front lines of need all around the world.

Andrés described his organization — proclaimed by a major news magazine as “the world’s most prominent first responder for food” — in a webcast with a longtime admirer, Grammy Award-winner (and fundraising troubadour) Dave Matthews. Their talk, part of Salesforce’s Leading Through Change web series, ranges from the origins of the chef’s charitable activism to World Central Kitchen’s ongoing crisis response. Moderated by Salesforce chief philanthropy officer Ebony Beckwith, the exchange between Andrés and Matthews brims with the chef’s signature brio and pride in his associates. The affection the two men hold for each other is infectious.

From his home near Washington, D.C., Andrés praises the teammates who “volunteer day in and day out, with one simple purpose: Feed the hungry,” and in so doing “bringing empathy forward, one plate of food at a time.”

A smiling Matthews, clutching a guitar in his home, rushes to assign his friend more credit. The Grammy winner lauds the determination to bypass the bureaucracy and red tape characteristic of officialdom.

“What the word ‘emergency’ means to [Andrés], is ‘Now,’ explains Matthews. “When governments fail, he goes now, and he goes right to the source of the thing.” Beckwith too, praises Andrés as “part superhero, part chef, flying across the country, and providing and creating a workplace.”

The chef’s spirit, Matthews makes clear, is inclusive. The rocker speaks emotionally about Andrés “building bridges” and making use of the qualities of the people he encounters in every disaster locale. “He comes to a place and gives them access to their own salvation, which is profound,” says Matthews.

As a rising chef in 1989, Andrés observed another chef training the homeless in the nation’s capital to prepare meals for others in distress. “At that moment,” Andrés explains, “I really saw the power of food to improve and change the world.”

He applied the same teach-a-man-to-fish strategy in 2010 in Haiti after that country’s tragic earthquake, and again with singular success in many far-flung disaster situations, including devastating hurricanes in Puerto Rico, the Bahamas and stateside, and more recently the Australian bushfires and Nashville tornadoes.

Some 15 million meals in 13 countries (and a Nobel Peace Prize nomination) later, Andrés has flown cross-country to dish out paella to those trapped aboard a cruise ship due to Coronavirus, then back to the immigrant-rich population of the ironically-named Corona, Queens. His team has served 500,000 meals in New York City alone during this pandemic.

World Central Kitchen has targeted hospitals whose food services are shut down and schoolkids deprived of their lunches, while Andrés turned his restaurants almost immediately into community kitchens. He’s set up outposts coast to coast and internationally, including eight cities in his native Spain.

Wherever he goes, he leaves behind a volunteer cadre schooled and eager to keep the field kitchens open, and the empathy flowing.

The easy back-and-forth between veteran rocker Matthews and the veteran chef belies the fact they work in such different worlds. They originally bonded over, of all things, their mutual love of wine.

“I began listening to his music and drinking his wine before anything,” exclaims Andrés. “Drinking his soul. I was drinking his spirit and I was listening to the whispers of his songs lifting me up.” Before the friends are through, Andrés has unveiled a recipe he conceives right there while the chat goes on, and fixes it for us — a simple haute cuisine snack prepared in 30 seconds with ingredients almost anyone might have at home.

Hints of past meetings and shared interests aside (“I made your fried rice last night!” Matthews tells his delighted buddy), their mutual admiration clearly runs deep, and informs their shared optimism about the future. Andrés is sure that “before we know, we’ll all be together again,” and Matthews looks even further to the future.

“I think we could extend his philosophy of philanthropy to the idea of giving people that don’t have access, access through their own better qualities,” says Matthews. “Find the teachers, find the healers and use them to lead you. And I feel like [Andrés] is a person that can find the best in everybody. I’m just grateful to know him, and I greatly appreciate his appetite for wine, and for celebration.”

To see more of Leading Through Change, go to salesforce.com/blog.