From ‘Hustlers’ to ‘Marry Me,’ How Jennifer Lopez Became a Producer Who Champions Women Directors 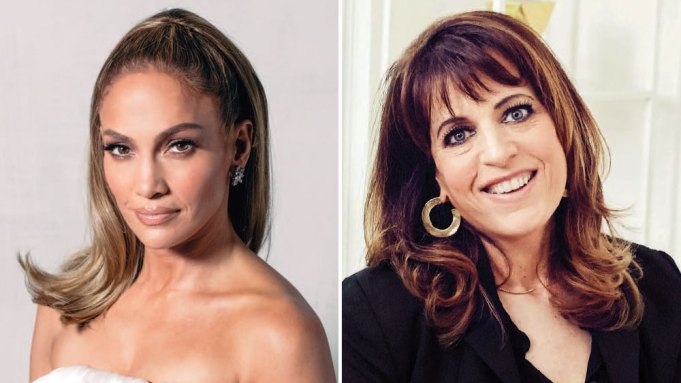 Jennifer Lopez’s latest movies have at least one thing in common: They’re all directed by women. The slate includes 2019’s “Hustlers,” directed by Lorene Scafaria, which grossed $157 million worldwide; next year’s “Marry Me” (from Kat Coiro), in which Lopez plays a pop star navigating a bad breakup with her famous fiancé (Maluma); and the upcoming drug-lord drama “The Godmother” (Reed Morano), in which Lopez portrays the title character.

In addition to starring in all these movies, Lopez produced them through her company, Nuyorican Prods., which she runs with Elaine Goldsmith-Thomas, her former agent (who famously negotiated Lopez’s then-record-breaking $9 million salary for a Latina actress on 2001’s “The Wedding Planner”).

In a Zoom conversation for Variety’s Power of Women issue, presented by Lifetime, CEO Lopez and company president Goldsmith-Thomas spoke about their work as producers, starting with 2002’s “Maid in Manhattan.”

Elaine Goldsmith-Thomas: I remember you sitting in my living room and me saying, “John Hughes,” rest in peace, “has written this script.” It was called “Chambermaid,” and it was literally Cinderella. What if it’s a woman who’s a maid with her nose pressed to the glass?

Jennifer Lopez: I said, “She’s got to be Puerto Rican from the Bronx,” because I had a boyfriend who worked in the hotel down at the Hilton when we lived in the Bronx. And so we started riffing on the story.

Goldsmith-Thomas: You were hot at the time. I mean, really hot. They were angling for you to do “Gigli” at the same time.

Lopez: I wound up doing both movies — one super successful and one maybe not so much. “Maid in Manhattan” was the first movie we produced together. It was very organic. Even as my new agent, we clicked right away. We make each other better.

Goldsmith-Thomas: What’s interesting about us is we always lean into finding the best people.

Goldsmith-Thomas: Here’s the thing. If we have the ability to hire women and women of color, it’s our obligation to look there — because others haven’t.

Lopez: When I started in the industry, I remember we talked about that I would always go in for what they would call the maid, the dishwasher. I was like, “I don’t want to do that.” I had to kind of break out of that, and convince somebody to put me in the first romantic comedy, which was “The Wedding Planner.”

I remember Adam Shankman put me in that movie. You were my agent, and you were asking for a certain price that you thought I merited, and they were buckling back. Then he came to one of my record signings, and he said, “Give her whatever she wants.” The line was around the block.

Goldsmith-Thomas: It was the power of no.

Lopez: It was just the idea that somebody like me, from my background, who was a woman, could garner that type of price in this industry, and it was a big deal. I don’t know if people know this, that you were Julia Roberts’ agent, and you got her the $20 million salary, which broke the glass ceiling for women in the industry to make as much as men did. And for me, because I am the [first] Latin woman who has made the most on a movie, you pushed just as hard.

Lopez: I thought of something as you’re saying this. I thought about 2015. When “The Boy Next Door” came out, it was our first project together since “Maid in Manhattan.” Nobody would make a movie with me. I was doing “American Idol,” and my records were back on the charts. I was doing really well, many years into my career. I had had a lull, and now I was kind of making a little bit of a splash again. You came into my life, and I asked you to run my production company, and you were like, “I’m going to do it.”

The first thing you said was “Nobody wants to hire you for movies right now.” And then you got this little script, “The Boy Next Door,” and you started working on it with the writer. It was a $4 million budget, and I did it for free because we had to bank on ourselves. We made a back-end deal, and we made this movie in 28 days. It did put us back on the map and set us on a course.

Goldsmith-Thomas: One of the things that bugs me is the way we marginalize and trivialize romantic comedies, calling them “rom-coms” or “chick flicks.” “Marry Me” was such our baby. I won’t wreck the ending, but after we talked about it, you designed the ending. And you dictated many scenes. It wasn’t based on your life; it was based on your insight, as what it would feel like to be one of the most famous people on the planet. You were the one who said, “We should go get Maluma.”

Lopez: Maluma was a big part of this project. That part could have been a lot of different people, and we needed him to be someone who could be believable as a singer and an international star. We thought about tons of different people, from John Mayer to Drake to Adam Levine. We were like, “Wait a minute. Why don’t we get a Latin star?” And I said, “I would love to sing in English and Spanish in this movie.” That’s when I brought up Maluma’s name, and everybody did their investigating, found out he was huge and that he has an incredible star quality.

Goldsmith-Thomas: Can you talk about how you guys did the music, because it was so interesting?

Lopez: I was on the It’s My Party Tour last summer, and I knew we would be filming, and we were looking for the perfect songs. Every night, I would go back to my hotel room in Russia, or wherever I was, and sit there and listen to songs or ideas or tracks. I must’ve gone through about 150 different ideas and narrowed it down to seven or eight songs.

Goldsmith-Thomas: You’re being modest. Jennifer hears something or reads something, and then she begins to Zamboni it. She says, “Maybe we put a chorus in here.” She’s rewriting these things, whether or not you want to say that.

Lopez: Well, no. I just put my own stamp on it. It has to work for me. I have to understand it. If I think the beginnings of an idea are there, I won’t just go, “Oh, this is not good enough.”

I’ll try to get it there if I believe in it enough.