Harvey Weinstein Is Being Moved to Rikers Island 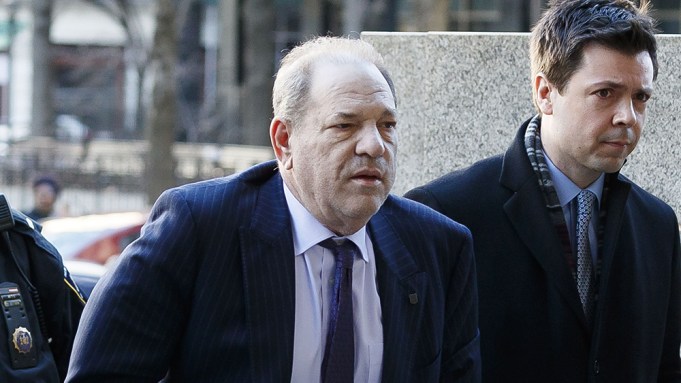 Harvey Weinstein is being transferred to the jail on Rikers Island, following a 10-day stay at Bellevue Hospital.

His spokesman said he had a heart procedure at Bellevue on Wednesday to remove a blockage, and is now in sufficient health to be transferred to Rikers. He will be held at the North Infirmary Command, the jail’s medical facility.

“The procedure was a success and he will be carefully watched at the infirmary,” said the spokesman, Juda Engelmayer.

Weinstein was convicted of rape and sexual assault on Feb. 24, and faces up to 29 years in prison at his sentencing next Wednesday.

Justice James Burke revoked Weinstein’s bail following the verdict, and ordered him held in custody. Weinstein was initially expected to go to Rikers right away, but was diverted to Bellevue after complaining of chest pains and high blood pressure.

The Rikers medical facility has specialized units that allow for protective custody for high-profile inmates.

As of Wednesday, Weinstein’s team expected that he would remain at Bellevue at least until his sentencing next week.

Weinstein’s attorney, Arthur Aidala, told Variety on Wednesday that his client had been under several doctors’ care over the course of the trial.

Elizabeth Wagmeister contributed to this story.