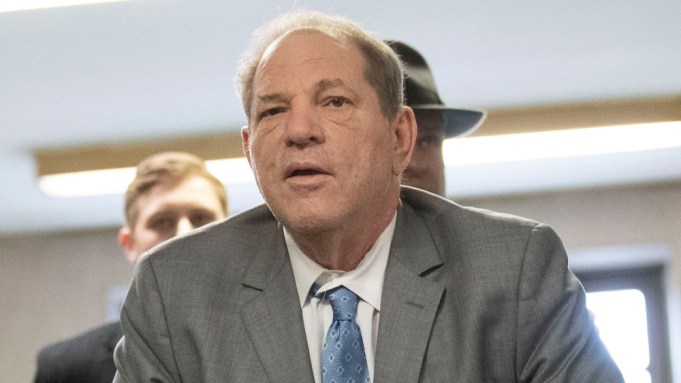 The jury in the Harvey Weinstein trial asked to be shown the blueprints of his Soho apartment, and some Weinstein emails in which certain accusers’ names were highlighted.

The jurors appeared to also be asking for emails that Weinstein sent to Sam Anson, a private investigator, which included a “red flag list” of potential accusers to investigate. Actress Annabella Sciorra was on the list, and her name was highlighted in red, Anson testified. Anson said he ultimately did not perform the investigation.

The prosecution and defense conferred with the judge about the request, and they agreed to provide the items to the jurors.

Earlier, the jury asked for guidance in understanding the five-count verdict form.

Weinstein is facing two charges of “predatory sexual assault,” which allege that he is a repeat offender. Those accusations stem from three women: Jessica Mann, Haley and Sciorra. Mann alleges that Weinstein raped her in a hotel room in March 2013. Haley alleges that he forcibly performed oral sex on her in 2006, and Sciorra accuses him of raping her in late 1993 or early 1994.

Sciorra’s allegation was too old to be prosecuted on its own, but her allegation is being used to prove that Weinstein has repeatedly committed violent sexual offenses.

If Weinstein is acquitted on either the predatory sexual assault charges, the jury will then have to consider whether he is guilty of “lesser included” offenses, including either first- or third-degree rape and first-degree criminal sexual acts.

The judge also allowed testimony from three other “prior bad acts” witnesses — Tarale Wulff, Dawn Dunning and Lauren Young — all of whom have accused Weinstein of sexual assault or rape. Their testimony is being used to establish a pattern of sexual misconduct.

If he is convicted of the most serious charges, Weinstein could face a sentence of 10 years to life in prison. The lesser charges — of first-degree rape and criminal sex acts — carry potential sentences of 5 to 25 years. Third-degree rape carries a maximum sentence of four years.