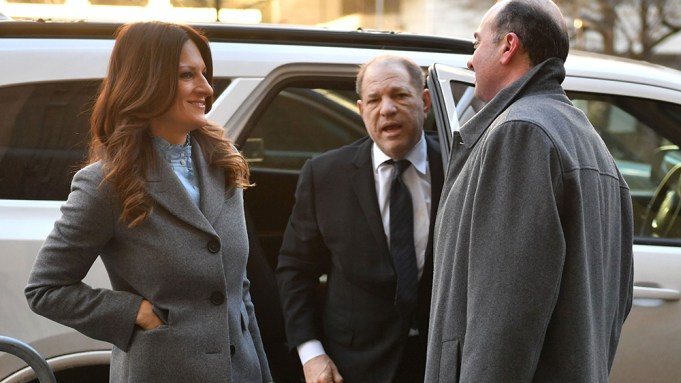 Harvey Weinstein’s defense attorney showed jurors friendly emails between their client and his accusers in an opening statement on Wednesday, arguing that the accusers are trying to “have it both ways.”

Attorney Damon Cheronis asked the jury to rely on their “God-given New York City common sense,” and to find that the women had consensual sex with Weinstein, often because they wanted something from him. He said one of the accusers even wanted to introduce Weinstein to her mom.

He alleged that the D.A.’s office is now trying to twist the truth about those relationships in order to create a false image of a sexual predator.

“The truth has changed, and the truth can’t change. There is only one truth,” Cheronis said. “You can’t say, ‘I’m afraid of this man and I’m trying to get away from him,’ while at the same time, after he allegedly assaulted you, asking if he’s going to be in L.A.”

Cheronis urged the jurors to set aside prosecutor Meghan Hast’s emotional opening argument, in which she detailed multiple allegations of rape and sexual assault. He called the prosecutor’s statement “a preview to a movie you’re not going to see.”

Earlier on Wednesday, Assistant D.A. Meghan Hast told the story of Jessica Mann, an aspiring actress who alleges that Weinstein repeatedly raped her — even while she continued to have a sexual relationship with him.

Cheronis said the defense will introduce Mann’s notes that she kept on her phone — which he described as a “diary.” He said she described Weinstein in those notes as a “casual boyfriend.”

He also noted that in one email, Mann wanted to introduce Weinstein to her mom.

“You don’t call Harvey Weinstein a predator in 2020, and want to introduce him to your mother in 2015,” he said. The prosecution’s case, he argued, “is the 2020 version of what people want to believe about Harvey Weinstein.”

Cheronis said that while he and the other defense attorneys will cross-examine the accusers, that should not be seen as “victim shaming.”

“I’m not going to beat anyone up, either are my partners,” he said. “We are here to ask questions that have never been asked. We are here to get to the bottom of something that has been believed that shouldn’t be believed.”

In the end, he said, the prosecution’s argument will fall apart.

“It is not going to be this predator-prey dynamic that the state so badly wants you to believe,” he said.

Mackenzie Nichols contributed to this story.