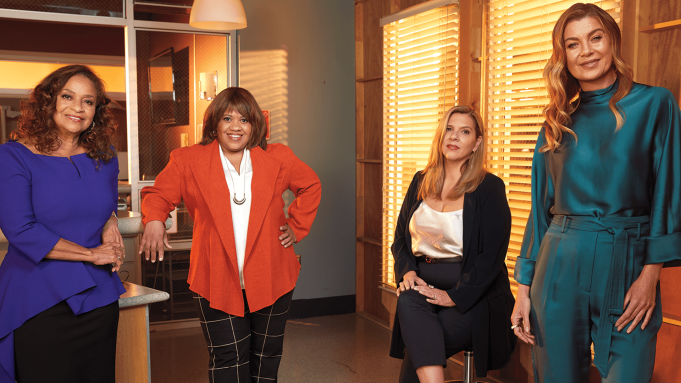 “Grey’s Anatomy” is coming to the cover of Variety for this fall’s Power of Women issue.

For the new issue, Variety reporters spoke with showrunner and executive producer, Krista Vernoff; star and producer, Ellen Pompeo; executive producer/director and co-star Debbie Allen; and co-star Chandra Wilson, who has also directed 21 episodes of the show. And to celebrate the cover, Variety has gathered articles from its years of archives chronicling the start of the show until now.

You can buy a special digital edition of Variety with all the “Grey’s Anatomy” content and photos for $4 at the link here. You can buy a physical copies of the Variety magazine for $9 here.

For more than 360 episodes, “Grey’s Anatomy” has been one of the most-watched shows on television, as drama unfolded on-screen and off. Creator Shonda Rhimes’ creative storytelling and approach to casting — which reflected the world as it is — has made the show a must-watch, and a ratings phenomenon since 2005. With streaming, the show has now drawn in a new generation of viewers. As “Grey’s” heads into Season 17, the ABC medical drama will tackle the coronavirus — its biggest challenge yet — all while filming in Los Angeles under COVID-19 protocols.

Season 17 of “Grey’s Anatomy” is set to premiere on Nov. 12, pushing the franchise to more than 365 episodes. However, Pompeo reveals to Variety that the show’s days could be numbered.

“We don’t know when the show is really ending yet,” Pompeo told Variety in her cover story interview. “But the truth is, this year could be it.”