Gigi Gorgeous and Nats Getty on Meeting, Marrying and the Importance of Representation 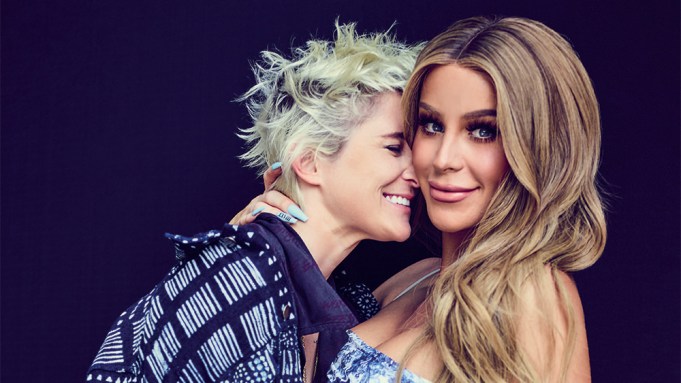 For the Power of Pride issue, Variety talked to eight LGBTQ couples in entertainment about their love stories. To read more, click here.

In 2008, before she came out as transgender, Gigi Lazzarato began posting makeup tutorials on YouTube. Five years later, she’d become a social media sensation known as Gigi Gorgeous, who documented her transition to becoming a woman in vlogs such as “My Facial Plastic Surgery Story” and “Boob Job Update.”

As Gigi achieved icon status in the transgender community and beyond — she was the subject of a Barbara Kopple-directed documentary that premiered at Sundance in 2017 — she also fell madly in love.

“I didn’t know it was a date, but she did,” says Gigi, who is 28, reflecting on the day she spent with Nats Getty, shopping at Balmain in Paris during Fashion Week.

For Getty, a 27-year-old model known for her androgynous appeal and bloodline to the American oil dynasty, it was sparks at first sight. “Every day in Paris, I kept saying, ‘I have a crush on you. I’m obsessed with you,’” Getty says, still sounding like a smitten teenager about their meeting in 2016. “I kept saying it until she believed it.”

The pair shared their first kiss at a Paris nightclub during that 10-day trip, which Gigi describes as “rave-like, where everyone was partying their face off.” When they returned home to their separate lives in Los Angeles, the around-the-clock texting continued. “It became pretty clear that we couldn’t be away from each other,” Getty says.

The internet response to the couple going public was an opportunity for education. “People didn’t understand that someone who is trans could be into someone who’s a lesbian,” Getty says. Now, they’ve learned to ignore the negative comments.

Growing up in an English boarding school, Getty didn’t come to terms with her sexuality until later. “We weren’t allowed to go onto YouTube or anything,” she says. “I wasn’t really exposed to gay culture or anything like that, and I didn’t have any role models to look up to. It’s crazy to me that not that long ago, when I was 16 or 17 years old, I didn’t have any idea of what it meant to be gay.”

Gigi and Getty tied the knot with a lavish Santa Barbara wedding in the summer of 2019, attended by Caitlyn Jenner. The toast was delivered by California Gov. Gavin Newsom, who is Getty’s godfather.

Gigi is now a role model for her millions of LGBTQ fans, and she realizes how much representation matters. “Honestly, for me, there really was nobody,” Gigi recalls. But as she thinks about it, she remembers an early role model in a movie. “I felt like I saw myself in ‘The Little Mermaid’ in Ariel, which is a very trans-girl thing to identify with,” she says. “I think that the psychology behind it is that she didn’t have genitals because she had a tail. But being a little kid, I did not think about it like that.”