Ex-Waitress Testifies Harvey Weinstein Held Her Down and Raped Her 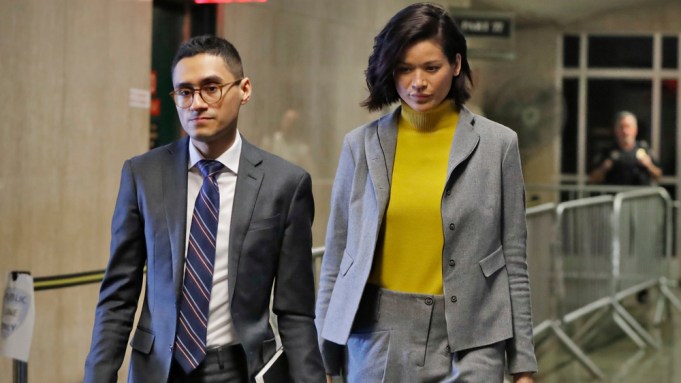 A former cocktail waitress wept on the witness stand on Wednesday as she told jurors that Harvey Weinstein pinned her down and raped her in 2005.

Tarale Wulff said she thought she was going to an audition. But when she arrived at Weinstein’s office, she was directed to get into a waiting car, which took her to his apartment. There, she said she found him all alone, and he beckoned her into a bedroom. She said he held her arms and put her down on the bed.

She said she was shocked — and recalled that Weinstein was able to hold her down with his massive weight.

“I just went blank… and he put himself inside me and he raped me,” Wulff said.

She said that afterward, Weinstein took her back to his company’s offices where she assumed she would resume the meeting with a casting executive she had met, before being asked to get into the waiting car, which took her to Weinstein’s apartment where she alleges she was raped. She never reported the rape or told anyone. And she never got the audition she was told she would with Weinstein.

“I just wanted it to go away,” she said, crying. “It’s easiest for me just to pretend like it didn’t happen… and go back to work.”

Wulff, now a 43-year old model based in Brooklyn, said she first met Weinstein when she worked as a waitress at the members-only lounge Cipriani Soho Upstairs, which regularly had celebrity guests and high-end clientele.

“Our job was to accommodate them and make them happy,” she said, adding that she was expected to tend to the owner’s friends, including Weinstein.

Shortly after first meeting Weinstein, Wulff said he stood up and grabbed her arm and led her up a staircase. Once they got up the stairs, she noticed that the manager of the lounge, named Maurizio, was standing at the back door. “Maurizio saw me, but then he shut the door,” Wulff said.

Wulff said she froze for a moment, then threw a towel at him. She scooted around him and ran downstairs to get back to work. She asked other waitress to cover her table so she wouldn’t have to serve Weinstein. She said she never told anyone about the incident.

A few weeks later, she said she was contacted by an employee at Weinstein’s company to take a meeting with a casting director. She accepted the meeting, feeling nervous, excited and hopeful for the opportunity.

On cross-examination, defense attorney Donna Rotunno asked Wulff why she had not characterized the second encounter as a “rape” during her initial meeting with prosecutors. She also noted that Wulff had subsequently seen a therapist, with a referral from the D.A.’s office, and suggested that the sessions were intended to recover memories of the incident.

More from the Weinstein trial: