Weinstein Attorney: Rape Claim Made Annabella Sciorra ‘the Darling of the Movement’ 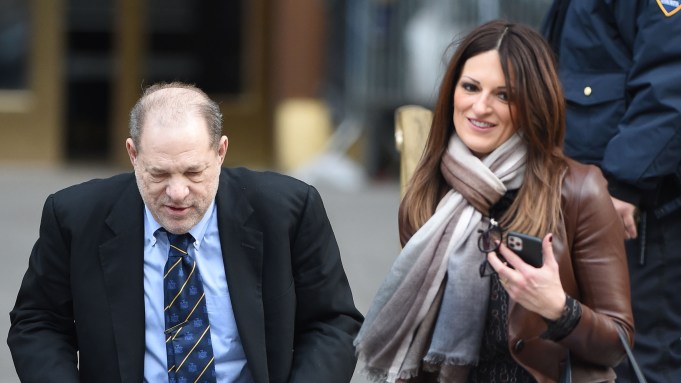 NOTE: This story has been updated with a statement from Annabella’s Sciorra representatives.

Harvey Weinstein’s defense attorney argued Thursday that Annabella Sciorra had become “the darling of the movement” after accusing him of rape.

In her closing argument to jurors, defense attorney Donna Rotunno stated that Sciorra had used the allegation to revive her flagging career.

“She becomes relevant and she becomes a star,” Rotunno said. “She has new agents. And now she’s the darling of the movement.”

In response to Rotunno’s claim that Sciorra secured a better agent because she came forward with her rape allegation against Weinstein, a spokesperson for CAA, the agency that currently represents Sciorra, responded with a statement, exclusively to Variety: “We are proud to support and represent Annabella Sciorra. Her enormous talent speaks for itself.”

Earlier in the day, Rotunno challenged the allegations of the two primary witnesses in the case — Jessica Mann and Miriam Haley — highlighting affectionate emails they sent the producer after the alleged assaults. She argued that the women had willingly engaged in sex with Weinstein because they thought he would help their careers, and accused the prosecutors of using the women in an overzealous effort to imprison Weinstein.

The prosecution is expected to give its closing statement on Friday, before jurors begin deliberating next week.

On Thursday afternoon, Rotunno turned her attention to Sciorra, who claims Weinstein raped her in late 1993 or early 1994, and three supporting witnesses, whose claims have been used to establish a pattern of sexual assault.

Rotunno noted that Sciorra came off as “tough and smart” on the stand, and questioned why such a woman would allow Weinstein into her apartment if she didn’t want him there.

“She’s not a naive dumb women… you saw her,” Rotunno argued. “Annabella is not a shrinking violet.”

She also challenged Sciorra’s account that she had become addicted to alcohol and Valium. “It’s insane,” she said. “It’s absolutely preposterous.”

“And then in this trial, she goes, ‘Wait wait, I forgot about the time he threw his finger in my vagina,'” Rotunno said.

Lastly, she challenged the accusation of Lauren Young, who alleges that Weinstein and another woman, Claudia Salinas, lured her into a hotel room in 2013. Young alleged that Salinas shut the bathroom door behind her, and that Weinstein then sexually assaulted her.

Salinas testified that the incident did not happen. “Claudia came in and she was credible and she was reliable,” Rotunno argued. “She told you she never pushed someone into the bathroom.”

Summing up, Rotunno noted that the prosecution did not call several eye-witnesses — including Salinas and two of Mann’s friends who gave testimony helpful to the defense — because “they wanted to win so bad.” She noted that the D.A.’s office did not call any police witnesses. She argued the office is facing “the pressure to win this case in this climate in this city,” before the prosecution objected and the judge cut her off.

“This is not some rubber-stamp media version of events… or the court of public opinion,” Rotunno said. “This is a criminal trial and in a criminal trial, proof matters.”

On the way out of the courthouse, Weinstein was asked what he thought of Rotunno’s argument.

“I loved it. It was ‘The Queen’s Speech,'” he said, in an apparent reference to “The King’s Speech,” the 2010 Weinstein Co. film that won the Oscar for best picture. “It was better,” he said.