Last year, the Tesuque Pueblo tribe of New Mexico opened a new casino, moving out of a 75,000-square foot facility that they quickly realized could be repurposed as a studio facility.

That idea was solidified in the fall, when the Universal Pictures feature “News of the World,” starring Tom Hanks, filmed at the facility. And thus launched Camel Rock Studios, which lays claim as the first movie studio owned by a Native American tribe in the history of Hollywood.

Camel Rock is located in the foothills of New Mexico’s Sangre de Cristo Mountains, just north of Santa Fe. It’s no stranger to filmmaking: More than 20 productions have shot on Tesuque Pueblo land over the decades, such as “Cowboy” and “The Man from Laramie.”

The Pueblo of Tesuque Development Corporation has invested $50 million in building out the new facility, a backlot movie ranch that also features standing sets, shooting stages, 100 acres of open space — and thanks to its previous life as a casino, a lot of parking — enough for about 1,000 cars. “News of the World” also left behind a filming water tank, the only of its kind in the state.

“Casinos, inherently, if you take out all the games, are big empty spaces,” said Timothy Brown, president and CEO of the Pueblo of Tesuque Development Corporation. “So we had an events center that we did concerts in and large parties that was a big vacant space. Once we removed all the casino equipment and furniture from the casino area, that became another large vacant space, and then with any business we had an entire administrative area with cubicles and offices that became perfect for their offices to move in.”

Brown said the corporation is aiming to take advantage of a filming boom in New Mexico, spurred in part by the state’s economic incentives. Perhaps best known recently for productions such as “Breaking Bad,” New Mexico has seen filming rise to the point that Netflix has even made Albuquerque its U.S. production hub.

The streamer last year purchased Albuquerque Studios, the state’s largest soundstage complex, and said it expected to spend $100 million every year on production in the state for the next 10 years. NBCUniversal also announced plans last year to build a TV and film studio in Albuquerque, promising 330 full-time jobs and aiming for $500 million in direct production spending.

Helping fund these boom times, last year, New Mexico more than doubled its annual cap on its 25% to 30% refundable tax credit – from $50 million to $110 million. 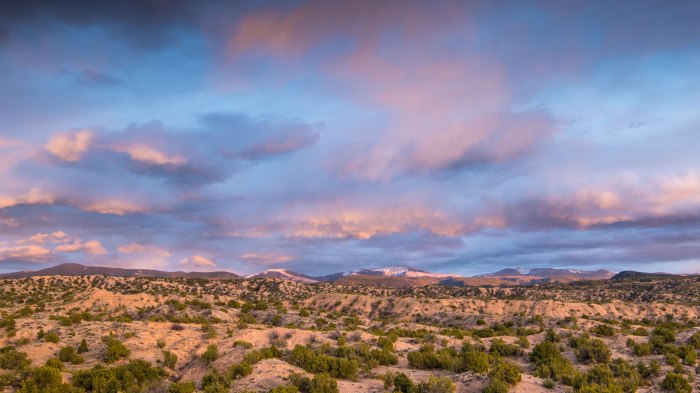 Brown said Camel Rock (named after a nearby rock formation) would be unique to the northern New Mexico market, where there are only a handful of facilities.

“Most of the studios in New Mexico are repurposed buildings to start with,” said Brown, who added that the tribe had initially looked at indoor entertainment or a cultural center to fill the old casino — but then realized a studio represented “a great business opportunity.

“We continue to get a couple calls a week from scouts, and the season is starting to ramp up again for filming,” he said. “The plan is to continue to develop it, add amenities, add sets, especially outdoor sets over time, whatever kind of village that the industry is looking for. You don’t realize it but this area looks like a lot of places in the world. Especially the Middle East, with the mountains and how rugged it is. It looks like a lot of places all over the globe, so it makes it easy to adapt.”

Pueblo of Tesuque Governor Robert Mora, Sr. said the economic benefits of the new studio will be distributed to various programs that assist in the community’s development.

“There’s a lot we’re looking at,” he said. “The health care issue, the possibility of being one day able to provide medical coverage for all our tribal members. So there’s a lot of community-based programs we look at. That’s why it’s important to proceed in this direction. The other thing I’m hoping is that one of the big film companies will find a good home here so they’re not searching for locations. Here you have one-third of New Mexico to work with.”

Brown added that he believed the studio could also create internships and mentorships for Native Americans, creating more opportunities for the members of the pueblo.

“I see it as a way that you give Native Americans the microphone,” he said. “You enable young native people to have the microphone and say, our stories are important and we have a studio that actually is owned by a tribe, and hopefully has the perspective that our stories are important too in that canvas of movies and TV. There’s an appetite for audiences to hear diverse stories and different types of stories.”