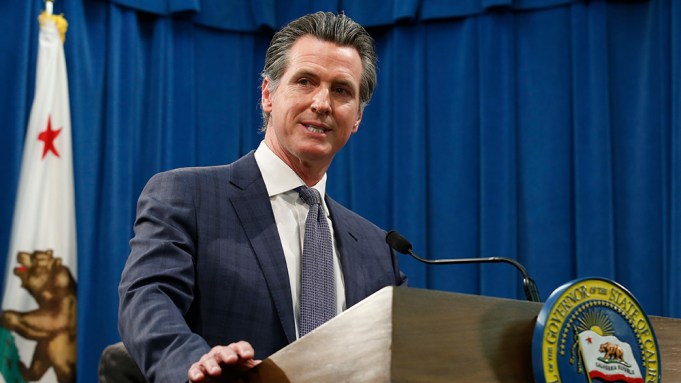 California Gov. Gavin Newsom said Tuesday that mass gatherings are not likely to be allowed for many months, as he outlined preconditions for a slow reopening of the state’s economy.

Newsom was asked in a press conference about how he envisions the summer months, and traditional holiday celebrations like July Fourth and Memorial Day.

“The prospect of mass gatherings is negligible at best until we get to herd immunity and we get to a vaccine,” Newsom said. “So large-scale events that bring in hundreds, thousands, tens of thousands of strangers, all together across every conceivable difference, health and otherwise, is not in the cards based upon our current guidelines and current expectations.”

Newsom acknowledged that expectations can change, and he resisted setting any sort of timeline.

But, he added, “When you suggest June, July, August, it is unlikely.”

The governor laid out a series of conditions that would guide the decision on modifying the state-at-home order. Those include ramping up testing and contact tracing, and ensuring that hospitals are not overwhelmed.

He also said some social-distancing guidelines would likely remain in place. For instance, restaurants might be allowed to open with more restricted capacity, and schools might have to stagger their schedules to cut class sizes.