Black Lives Matter: 18 Organizations That Are Bailing Out Protesters 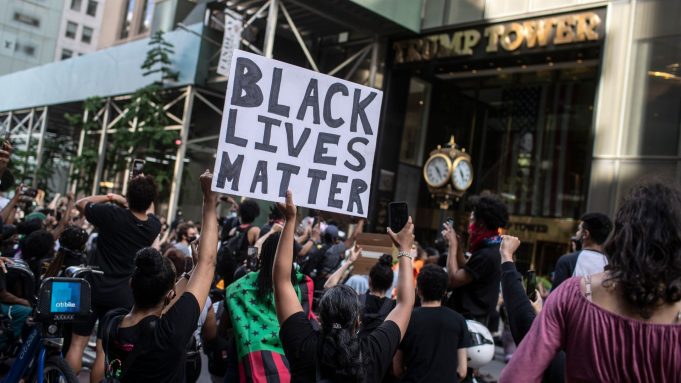 George Floyd. Tony McDade. Breonna Taylor. These are the names of just three Black people who have been killed by police officers since the beginning of the year. Since their deaths, powerful and peaceful protests against police brutality have swept the country. Police officers have arrested thousands of demonstrators, and organizations nationwide are raising funds for their bails.

The Minnesota Freedom Fund has raised $20 million in a matter of days and is now directing donations to other bail funds across the country. Support the Black Lives Matter movement by donating to any of these 16 community bail funds.

The Bail Project: The Bail Project is a national nonprofit organization that pays bail for people in need, reuniting families and restoring the presumption of innocence. You can follow them here.

Breonna Taylor GoFundMe: The official GoFundMe for Breonna Taylor, a Black woman who was killed by the police during a raid of her apartment.

Disability Justice Mutual Aid Fund: DJMUAF is a short-term mutual aid fund for disabled organizers for the Black liberation protests taking place that was initiated by K, an abolitionist MSW located in NYC. This fund will be open from June 3rd – June 16th 2020 with any leftover funds going to mutual aid projects in NYC.

Hawai’i Community Bail Fund: The HCBF posts bail for those in need and the most impacted by the systemically racist practice of punitive pre-trial detention and mass incarceration.

Kansas City Community Bail Fund: The KC Community Bail Fund’s mission is to give those who cannot afford bail a fighting chance at getting a positive outcome in their case rather than be persuaded to plead out through the use of a revolving fund. Follow them here.

Philadelphia Community Bail Fund: The mission of this fund is to end cash bail in Philadelphia. Until that day, the group posts bail for its neighbors who cannot afford to pay. You can follow them here.

Tucson Second Chance Community Bail Fund: The TSCCBF was established to address the disproportionate impact of the cash bail system on communities of color and vulnerable populations in Pima County, Ariz.