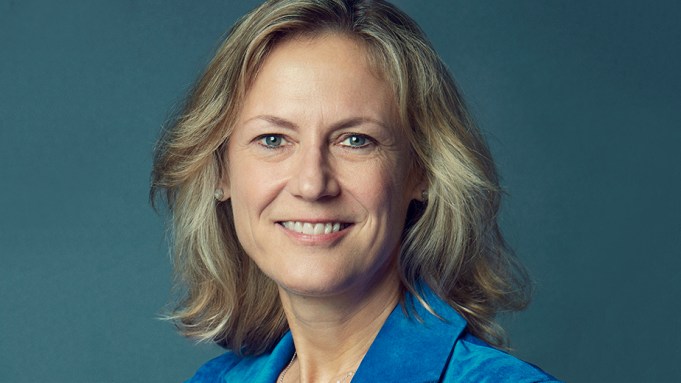 Ann Sarnoff made history a little over a year ago when she was named the first woman to lead Warner Bros. as chair-CEO in the storied studio’s nearly 100-year history.

Over the past few months Warner Bros. has gone through a massive restructuring that has expanded Sarnoff’s purview to include oversight of content for HBO, fledgling streamer HBO Max and the linear Turner networks. If she’s feeling the pressure of her new role as chair-CEO of WarnerMedia Studios and Networks Group, Sarnoff didn’t show it in her Q&A as part of Variety‘s Power of Women Conversations virtual event presented by Lifetime.

“Right now I’d say it’s working pretty well,” she said of the company’s new layout. “Certainly from a talent perspective, and we have probably a hundred talent deals across our various networks, it makes it a lot easier for them because now they know we’re all under one roof.”

Sarnoff continued, elaborating on her vision for HBO Max, “We have an amazing promotional vehicle so that we can think about windowing strategies from one to the other and promotional kind of cross-promotional power across the linear networks to HBO Max… We want to be able to use the foundation of HBO, but not overstretch it to be something that it’s not — but hence the name Max, right? So, it’s HBO plus so much more.”

In addition to adjusting to her new role, Sarnoff has been faced with tough choices about movie release strategies given the pandemic’s impact on the domestic and international box office. When asked about the decision to release Christopher Nolan’s “Tenet” in August, making WB the first major studio release to brave the pandemic-battered movie marketplace, she responded that her team was “very pleased” with the results despite the general industry perception was that the movie was underwhelming on the domestic front.

“Christopher has [a] huge following, of course in the U.S., but his other movies have always over-indexed overseas,” Sarnoff said. “And if you remember back in June, July, August, the international markets were more open than the United States, so we had this amazing movie that really deserved to be on the big screen.”

Sarnoff said she believes box office sales during the pandemic has become a “marathon versus a sprint” that required Warner Bros. to spread out its marketing budget, especially as theaters in New York and other U.S. states are just starting to reopen. “So here we are – we’re getting close to $350 million in box office which is really good in a pandemic and over $50 million in the U.S.,” she said.

Sarnoff said as of now, Warner Bros. is committed to seeing its next tentpole, “Wonder Woman 1984,” land in theaters on Christmas Day. But the studio will have to watch conditions in the U.S. closely before making the final call because “Wonder Woman” is expected to skew more to the domestic market than “Tenet.”

“It really is about how the U.S. continues to open, and whether there are any other surges,” Sarnoff said. “We’ve got a little bit of time to figure that out.”