Words of Wisdom: Tyler Perry on Lessons Learned from Oprah Winfrey, Will Smith and Cicely Tyson 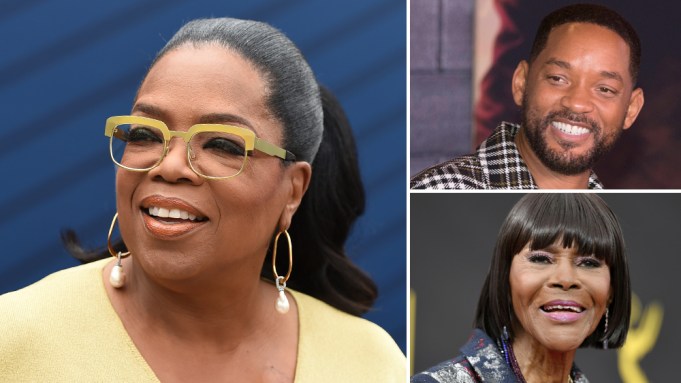 Tyler Perry is Variety‘s 2020 Showman of the Year. For the full cover story, click here.

Media mogul Tyler Perry has received guidance from a number of A-list mentors during his career, and he believes in paying it forward by taking promising talent under his wing. Below is a look at some of his mentors and one of his protégés.

Winfrey has been a consistent presence in Perry’s life. He was inspired to begin keeping a journal while watching an episode of “Oprah,” which led him to write plays. While working as a housekeeper in a New Orleans hotel, he got her autograph. Then, in 2001, he booked a guest appearance on her show. Their relationship has evolved from mentor-mentee to business partners to Winfrey being a friend he can text anytime. “She’s hilarious, by the way,” Perry says, and calls their friendship a “miracle.” Soundstage No. 1 at Tyler Perry Studios is dedicated to her.

Tyson has lent her formidable talents to five of Perry’s films, beginning with his debut, “Diary of a Mad Black Woman.” But Perry learned the most when the pair took a trip to Africa with Sidney Poitier. “I literally sat at their feet and listened to their stories,” Perry says. “Harry Belafonte, Diahann Carroll — these people came through so much so that I could just even have this moment. It’s incredible to just have had an opportunity to know them.” Soundstage No. 4 is dedicated to Tyson.

Goldberg praises Perry for paying special respect to Black actors, echoing Tyson, Idris Elba and Taraji P. Henson, who credit the mogul with reinvigorating their careers. “I don’t have a director who says, ‘I have an ensemble of people — let me just let Whoopi know I wrote this thing for her and boom,’” Goldberg says of her experience on 2010’s “For Colored Girls.” “So for him to invite me to come and do this piece with him was crazy.”

Perry tagged along on Smith’s international press tour for “Seven Pounds” in 2008 so the movie star could dispel the myth Perry was hearing from Hollywood: that “Black films don’t travel overseas.” But the trip came with an unfortunate surprise, as the whole crew came down with a bad stomach bug. “He got me really, really sick, but he did show me what he meant,” Perry laughs. In 2019, Smith filmed “Bad Boys 3” at Tyler Perry Studios, before Soundstage No. 3 was officially dedicated to him.

Perry also is focused on cultivating the next generation, like his “brilliant” filmmaking protégé Ortiz. “I just can’t wait for him to get his moment,” Perry says. “He’s got an eye that blows me away.” Currently director of communications & engagement at Tyler Perry Studios, Ortiz says Perry inspires him to work harder. “If he’s gonna go 18-hour days, I have to go 20 hours. It pushes you to be better than what you are because T.P. is not working for himself — he’s working for the people around him.” Recently Perry advised Ortiz as he helmed production of a concept trailer, titled “Spider Man: Noir,” that puts a 1930s spin on the superhero story, filmed on the Tyler Perry Studios lot.