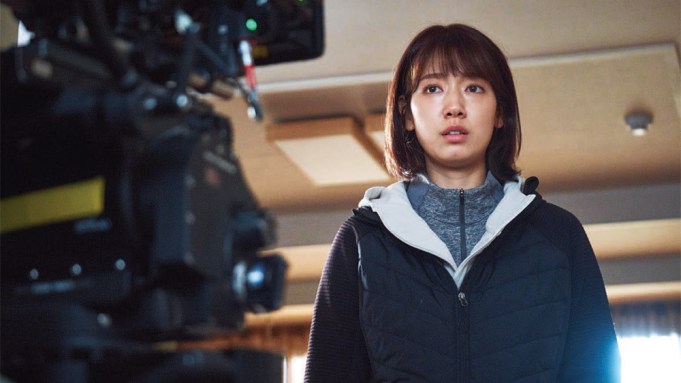 For the portion of Western audiences previously stuck behind the one-inch barrier of subtitles, the multi-Oscar haul by Bong Joon Ho’s dark and provocative “Parasite” was a revelation. But for savvy viewers who had long ago moved past a perceived language barrier, Bong’s win is instead the latest splash in a succession of South Korean milestones that span film, music and television.

Thanks to vibrant talent and years of industrial-scale preparation, the rich Korean entertainment scene has solid foundations. Smartphones, YouTube and Netflix are now carrying the Korean wave, known as “Hallyu,” farther and faster.

“The current boom enjoyed by Korean cinema is less an extraordinary circumstance than a case of the industry finally reaching its natural state,” says Darcy Paquet, visiting professor at Kyunghee University and English subtitler of “Parasite.”

Screenwriter Soo Hugh (“The Whispers,” “The Terror,” “Under the Dome”) adds, “I’ve always wondered how it was that Korea makes such great television without crossing over to the U.S.”

The cultural flowering that followed the end of the Fifth Republic and martial law in 1987 has parallels to the artistic renaissance in Spain after the fall of the Franco regime. The first Busan International Film Festival in 1996 deliberately flouted an onerous censorship system, and reignited the flame of Korean film. It also sparked investment from financial and industrial conglomerates.

Most notable of these was CJ Cheil­Jedang, a food commodity group run by members of the same family that controls Samsung. Under scion Miky Lee (Lee Mie-kyung), CJ put up $300 million in 1995 to become an early investor in DreamWorks SKG. CJ also backed the building of Korea’s first multiplex, which opened in 1998, and began to invest in and produce films.

Contemporary Korean music is also widely understood to have evolved in the 1990s, specifically with a 1992 MBC talent show and the debut of Seo Taiji and Boys, a band that mixed American rap influences with Korean lyrics. The group was booted off the show but enjoyed three months of chart-topping success with “I Know.”

The mid-1990s saw the emergence of a trio of rival studio-cum-management operations — SM Entertainment, YG Entertainment and JYP Entertainment — that took a holistic approach to talent development, signing many artists to long-term contracts and putting them through multidisciplinary boot camp. With talent in hand, the super agents built idol groups, both male and female, assembling them in different flavors for different tastes.

The 2000s saw the emergence of Girls’ Generation, Wonder Girls, 2NE1 and Super Junior, which all enjoyed success around Asia, as well as connecting with pockets of North American fans. The artist BoA was particularly successful in Japan, while Rain, after going solo, became one of the first Koreans to play Madison Square Garden, in 2005.

Without a large home market, the Korean music business lost two-thirds of its revenue between 2000-05 when the conventional disc business crumbled, but the upheaval ultimately made the K-pop industry more resourceful, according to Suk-Young Kim, a professor in UCLA’s School of Theater, Film & Television.

The big agents’ basic formula — long contracts and extreme grooming — hasn’t changed much in more than two decades. Their dominance goes hand in hand with the idiosyncratically Korean way that, throughout their careers, K-pop performers publicly display association with a particular management company.

What has changed between 2005 and the pivotal year of 2015, when BTS released its “Young Forever” album series, is the calculated and global sourcing process that now makes K-pop a Korea-based multinational business, rather than a strictly national enterprise. Designers and songwriters are regularly hired from Europe and the U.S., and the global supply chain increasingly applies to K-pop talent too.

Henry Lau, former member of Super Junior-M, is Canadian. Instead of becoming a classical violinist, he was recruited by SM at an audition in Toronto. “I spoke no Korean, and had to study both Korean and Chinese. It was a huge culture shock,” he tells Variety. “It was also very organized, like a big school. We needed to do full days of training.”

Lau thinks multicultural underpinnings reinforce the strong fan connections that are integral to K-pop’s global success. Other bands, such as JYP’s Got7, included three members who were nonnative but could outwardly pass as ethnically Korean, while other bands have courted Chinese fans through the inclusion of Chinese speakers. “K-pop is very engaging and engaged. Artists and fans are deeply connected. They’re friends,” says Lau.

The need to export beyond a relatively small home market is something music has in common with the nation’s TV and film industries. State-backed broadcasters KBS, MBC and SBS have enjoyed varying degrees of success as exporters of Korean content. They recently banded together with SK Telecom to create their own streaming platform and international sales operation, Wavve.

“Korean shows, drama series in particular, are well-rounded, having some of the most innovative storylines, top-notch acting and world-class production values,” says Virginia Lim, chief content officer at Viu, a pan-Asian streaming platform backed by Hong Kong telco PCCW and, incongruously, built on Korean content. “Since Hallyu started more than a decade ago, Korean content has only gotten better.”

Viu has multiple supply deals with SBS and KBS through Wavve, another with MBC, and still others with CJ ENM and JTBC. These private sector companies now generate the biggest action.

JTBC, launched in 2011 with the backing of newspaper group Joong-Ang, has emerged as a top cable network and leading producer (“Sky Castle” and “The World of the Married,” the latter adapted from the BBC’s “Doctor Foster”). Studio Dragon, spun off from CJ ENM in 2016, has such a strong track record as producer-distributor that it has its own stock market listing. The company is considered so integral to Netflix’s advance in Korea that it has a put option that could oblige Netflix to buy a 5% stake.

“Popularity skewed a bit toward romance-driven titles in the earlier days,” Kim Minyoung, Netflix VP of content in Korea, tells Variety. “These helped create an appetite and fandom for Korean content and lowered the entry barrier. I believe [Netflix zombie series] ‘Kingdom’ benefited from this in Asia despite the fact that the DNA of the show is completely different.” Netflix doubled down on the show, commissioning two seasons from the get-go in 2018. It is particularly popular in India.

As the streamer has continued to penetrate the Korean market, Netflix’s role has evolved. In its early days, it delivered Western content to Korean viewers, and carried acquired and co-commissioned Korean content overseas. During that phase, Netflix did not have Korean rights, which were retained by Korean broadcasters. Now, of the more than 70 shows by Korean creators that have been introduced as Netflix Originals, 17 are Netflix-produced Original shows in Korea. The platform is broadening the genres of Korean content commissioned to include entertainment shows (“Busted!”), stand-up comedy specials (“Park Narae: Glamour Warning”) and animation (“Larva Island”).

Despite its breakneck growth, how much further K-content can go is widely debated.

The conditions that led to the suicides must change, says UCLA’s Kim. “Fans and audience are generally treated to a small percentage of extreme success stories, but the vast majority of the trainees or idols fall out of the limelight before peaking, and often fall into debt, depression and forced sexual service. This dark side has to be dealt with. Nowadays, consumers care deeply about the ethical production of entertainment products.”

Others are simply waiting for a TV-sector catalyst that’s as powerful as BTS has been for the music industry, or as helpful as “Parasite” to the film sector.

“Netflix has done very well with Korean content, but nothing has quite broken through the noise yet,” says screenwriter Hugh. “In television, we are waiting for our ‘Homeland’ [an adaptation of Israeli show ‘Hatufim’]. The minute that happens, Korean television will [rise] in public esteem.”

Hyun Park, head of international for Studio Dragon, notes, “We believe that Peacock and HBO and others will soon discover that half their subscribers are outside the U.S., and they’ll all arrive in Asia. My guess is that they’ll follow what Netflix is doing.”

Park is in the process of opening a Studio Dragon development and production outpost in Los Angeles, with the intention of working with U.S. creative talent on Korean content. Resulting productions could parallel TNT and Netflix’s “Snowpiercer” series, derived from Bong’s 2013 CJ-backed sci-fi film.

“We look at our competitors and other production companies,” Park says, “and we see Korean content not as a trend but as the hub of great global content, sourced from Asia.”