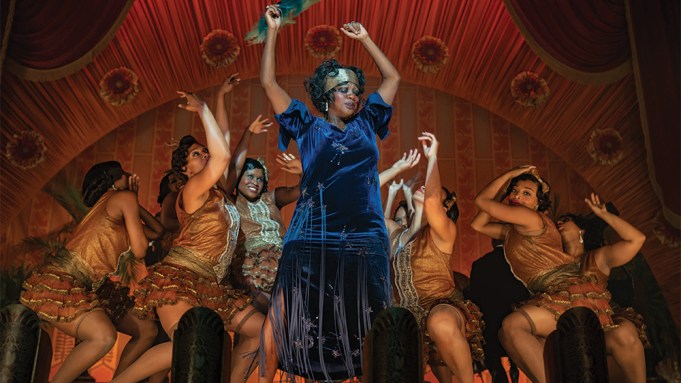 “Are her bra straps dirty?” “When she goes to bed, where are those clothes? Do they fall on the floor? Does she care about them? How much do they cost? Does she hang them up?”

Those are all questions Ann Roth, whose work can next be seen on “Ma Rainey’s Black Bottom,” set to be released Dec. 18, asks herself as she reads a script. And the 89-year-old Oscar- and Tony-winning and Emmy-nominated costume designer has been doing plenty of reading lately. She’s working on Universal’s adaptation of megahit musical “Wicked” and has A24 drama “Humans,” directed by Stephen Karam and based on his award-winning one-act play, due to bow next year.

Roth, who numbers some 130 film and television credits, has worked with Meryl Streep, George C. Wolfe, Scott Rudin, Sidney Lumet, Neil Simon, Mike Nichols and Todd Black — all of whom she considers friends, which, she says, is how she prefers to choose projects.

Roth got her start as a scenery painter at the Pittsburgh Opera. She came to California as a young assistant to Irene Sharaff and worked on 1954’s “Brigadoon.” But things didn’t come easily. “I was not attracted to doing modern clothes for movie stars and making them look like who they are,” she says. “At age 21, I was very insecure about what I was doing.”

By the late ’50s, she was back on the East Coast, and by 1964, she had worked on “The World of Henry Orient,” the first of three films with director George Roy Hill. “Those were character clothes,” Roth explains of the costume design she did on the movie, which was based on the book of the same name by Nora Johnson.

Roth worked with Nichols for more than 50 years on 13 films and numerous plays, and says the two shared the same sense of humor. She recalls collaborating on 1965’s “The Odd Couple” on Broadway: “I put Walter Matthau in his dirty boxer undershorts. That was the first time that anybody had the nerve to put an older man on the stage in dirty undershorts. It was a first, and Mike appreciated that.”

She describes the “essence” of her life’s works as helping actors find their character through costume. For 2015’s “Ricki and the Flash,” in which Streep plays a rock star, she details the initial fitting. “We stand in front of the [three-way] mirror, we lower the hem and we say, ‘Try on these shoes,’ and we keep staring in the mirror until there’s an ephemeral ghost,” she says. “It’s this fitting of a person; it’s not Meryl — it’s somebody strange and someone we don’t know.”

For “Ma Rainey’s Black Bottom,” an adaptation of the August Wilson play starring Viola Davis, the process was speeded up a bit. Since Davis was wrapping up work on “How to Get Away With Murder,” there hadn’t been much time for discussion before shooting. Roth researched Aretha Franklin’s measurements and created a rubber suit for the actor that fit the singer’s dimensions. She also collaborated with hair department head Mia Neal, who made Davis a horsehair wig. “I defy you to find a wig made of horsehair,” Roth chuckles. “You’ll only find them in the courts of England.”

The result was, as ever, transformational. “I put a pair of stockings and shoes [on her],” Roth says of Davis, “and the minute you lifted this padded hiney in the air, there’s a different woman in the mirror. There was no Viola.”