Amazon Composers On Getting Their Start, Unusual Instruments and Finding The Right Sound For Hit Shows 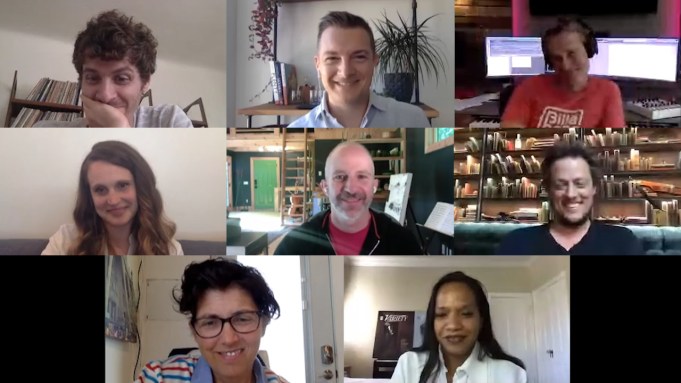 Composer Paul Leonard-Morgan learned to play the recorder in school. Years later he would use the instrument as part of his musical toolbox to compose the score for Amazon’s “Tales from the Loop.” Similarly, “Carnival Row” composer Nathan Barr had spent a few years restoring an old pipe organ that he had purchased. The pipe organ had historical roots in “Fox Studios” and as Barr explains, “I got to do some really fun stuff by scoring action sequences with the pipe organ.”

Ariel Marx wondered why another documentary on serial killer Ted Bundy was needed when she signed on for “Ted Bundy: Falling for a Killer.” This was a documentary with a difference, it would be told through the female gaze.” To find the show’s sound, Marx relied on a string palette “to do a lot of the legwork.” She used the strings not just for emotional moments, but for the warm moments. Marx said she enjoyed, “exploring how to push those instruments as far as I could.”

“The Marvelous Mrs. Maisel” songwriters Thomas Mizer and Curtis Moore were tasked with having to write original songs for the show’s third season and the character of Shy Baldwin played by LeRoy McClain. Not only did the songwriter duo have to find Baldwin’s voice, but they also wanted to stay away from something that was pastiche while fitting into the Maisel world.

As it turns out, Mizer was in Los Angeles about to watch a show at the Ahmanson Theater when he heard the Doo-wop band outside. Mizer says, “I heard them singing under the stars.” The song made him think about angels. Inspired, Mizer quickly got the idea to write “One Less Angel.”

“Transparent’s” Faith Soloway’s inspiration was Jewish mothers for the musical finale number, “Your Boundary is my Trigger.” Soloway explains, “That one shot out of me because I just took who my mother is, who I am as a mother, who my sibling is as a mother, all Jewish mothers, all mothers; and I sat at the piano. I improvized scorn and hatred and love at the same time.”

Emile Mosseri who came in for “Homecoming’s” second season, collaborated with director Kyle Alvarez who wanted to harken back to what he calls, “big, old cinematic, grandiose throwback film music.”

Mosseri adds he didn’t realize how much music the show would require. He says, “There were thirty-minute episodes and some had over twenty-seven minutes of music.”

Watch the full interview from Variety’s Streaming Room below: