‘The Fight’ Editors on Twists and Turns While Cutting ACLU Documentary 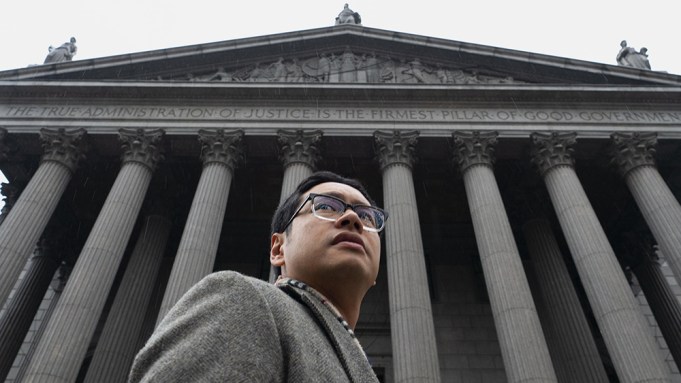 From Brett Kavanaugh’s rise to the Supreme Court, to the Muslim ban, to the “Unite the Right” rally in Charlottesville, Virginia, Magnolia’s new documentary on the American Civil Liberties Union “The Fight” covers all these pivotal events.

Beginning with the protests over the travel ban from seven Muslim countries in early 2017, “The Fight” follows four cases and four lawyers dealing with LGBTQ rights, immigration, abortion and voting rights.

For editors, Eli B. Despres, Greg Finton and Kim Roberts, the key was telling character stories instead of providing a complete history of the ACLU. It was about telling a concise story in under 100 minutes without overwhelming the viewer and following the vérité experience of the lawyers.

Despres, Finton and Roberts talk to Variety about getting to the heart of the action despite all the twists and turns that the ever-changing news climate provided while editing “The Fight,” which is now available on-demand.

There is so much you could have told about the ACLU with the story, how did the story start coming together in the sense that you were going to narrow it down to these stories and these lawyers?

Eli Despres: We’re always interested in character pieces, and we knew we weren’t doing a dry history of the ACLU. It was always going to be about the verité experience and these huge cases had these incredibly dynamic characters.

Greg Finton: We never dreamed Dale Ho’s story would make it into the final cut. Voting rights were the least sexy of all, and we had on our board that he would probably lose the Supreme Court case. We were certain that was going to happen and we were going to take it out of the film.

But almost weekly, something would happen in the news that would change how we would see what was unfolding in front of us.

Kim Roberts: Another example was when Brigitte Amiri was working on the abortion case in front of Brett Kavanaugh, who would then be nominated [to the Supreme Court].

When you’re working on a breaking news documentary, how does that impact the editing process especially with something like the ACLU that had twists and turns?

Despres: We never knew whether a case was going to turn into a victory or defeat. Brett Kavanaugh, being the person who kept Jane Doe from getting her abortion, was a huge surprise, and then he got nominated for the Supreme Court.

With Charlottesville, Fascists hold a rally and kill someone, we didn’t plan that. It was a gut punch for our subjects and that’s how it was in the movie when the ACLU defended that. It was as much as a surprise for our lawyers as it was for us.

Roberts: The ante kept being up every week. Was Lee (Gelernt) going to be working on the Muslim ban? But now, he’s also working on family separation. We never knew which way things were going to turn.

How did you land on the opening of using animations and not using the inauguration video, but rather just Trump’s voice?

Finton: For the longest time, we started with the inauguration speech itself and cut to “Seven days after the inauguration,” but it became a turnoff, boring, tedious and too traumatic for people to watch Trump’s inauguration. It was Eli who came up with the animation idea.

Despres: This happens a lot in movies and you need to do a lot of backstory quickly to frame the stakes, so we did a music video version of what was surrounding our story.

Roberts: It set up that there were four stories that we were following which was an important thing to do. That animation helped set it all up because with a story like this, if you don’t know in advance how many stories there are, then you can get this feeling of like another one.

What was the most challenging sequence to cut?

Finton: Making the moot trials and the ultimate trials feel like they were all happening at the same time. We needed to do that to tell the story of the film. When we laid it out, it was done largely in a chronological fashion. We needed to have things happen concurrently.

We were there to capture a lot of the stories after they had already kicked off, so developing the origins of the stories was difficult for all of us.

Roberts: We had to get the story up on its legs in that first act, and it was about figuring out how much to tell so you understood so when we came back to it later it wasn’t too long. We had to find the right amount of time. That was hard.