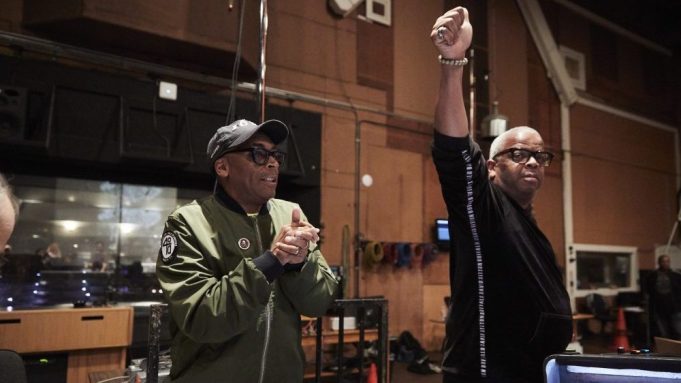 The relationship between director Spike Lee and composer Terence Blanchard is rooted in collaboration, counting over 15 films together — most recently, “Da 5 Bloods.”

“Terence is a great jazz musician and band player,” says Lee. “He brings that wealth of understanding of what music does with colors, shapes and feeling.”

Blanchard, who moonlights as a trumpeter, credits the strength of their 30-year relationship to Lee’s self-assurance as an artist. “He knows what he wants in a score, but he gives you room,” says Blanchard.

Recalling his work on 1992’s “Malcolm X,” Blanchard struggled to find the right sound for the film about the civil rights leader. One day, he received a call from the movie’s star Denzel Washington. “He said, ‘The best thing we can do for the film is to do our job.'”

Soon after that conversation, Blanchard found the score and that opening theme he needed to crack. He had been inspired by hearing Malcolm X’s speech while at camp as a young boy and recalled hearing Black Man’s History. “When I heard ‘blue-eyed devil’ it scared me to death and my heart was pounding,” says Blanchard. “That’s where the opening comes from. The boom is my heart, the cello is me feeling all alone and the trumpet is Malcolm,” Blanchard explains.

For “Da 5 Bloods,” Blanchard opted for a 90-piece orchestra in the room. The film follows four Vietnam War veterans, played by Isiah Whitlock Jr., Norm Lewis, Clarke Peters and Delroy Lindo, who return to the Southeast Asia country for the first time to recover the body of their squad leader, Stormin’ Norman, played by Chadwick Boseman.

Blanchard chose an orchestra in the room in order to accentuate the emotion, “You see them play and you see them inspiring one another,” he says.

Adds Lee: “With the big orchestra, it really leans on the big scope of the film.”

For a key scene where Peter’s Otis asked David (Jonathan Majors) why he tagged along for the journey, Blanchard said the orchestra played a cue and Lee projected the scene back to the room. “When they saw that, we did another take and you could feel their connection to it,” says Lee. “The energy was amazing.”

Watch how the two collaborated on “Da 5 Bloods” in the video above.