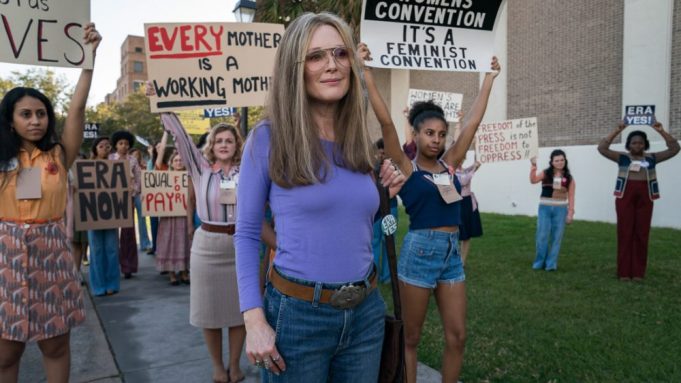 For the last 30 years, Sandy Powell has been creating the looks of queens in “The Favourite” and “Shakespeare in Love” mobsters in “The Irishman” and “Gangs of New York” and lush period pieces such as “Carol.”

Her latest creations are for Julie Taymor’s “The Glorias” on digital and streaming exclusively on Prime Video, following Gloria Steinem’s journey from a young girl in Ohio to journalist to feminist icon and activist.

“This is a film about a woman who spent her life traveling around the country at rallies talking to huge numbers of people,” Powell says. Her challenge was to create five decades of Steinem’s looks.

Below, the Oscar-winning costume designer breaks down Steinem’s journey through the decades. 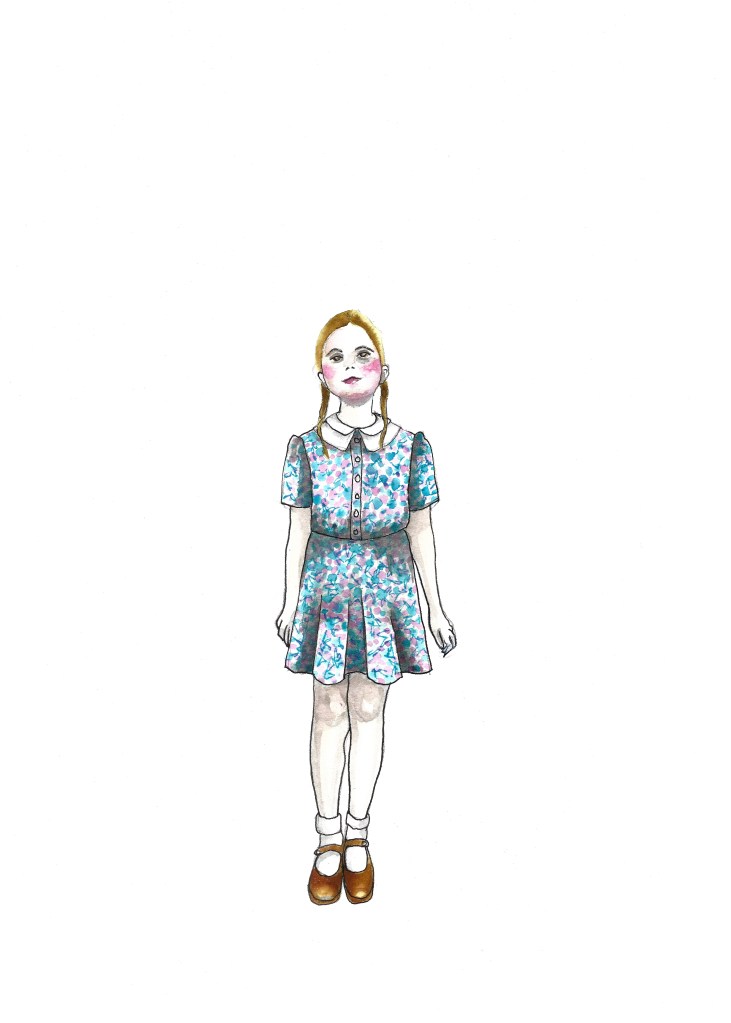 .What I wanted to do with the childhood version was just in dresses, and there are family photos of her looking like that.But when she’s a teenager, I started putting her in trousers a few times. We didn’t have any photos, but I wanted to pre-empt that trouser look you would eventually see her in.

Getting Started on the Early Years

It was a complicated thing to do because it was the first thing I did after “The Irishman.” As you know, it was five decades of great-looking men, and this covered the same decade, but with all women. But it couldn’t have been more different and we did this on a fraction of the budget.

I had to get my head around everything and the only way to do it was to do it chronologically.

When she had come out of college, she went to India, she lived there for two years, she wore saris. She still does and she’s been carrying that through the years.

During the ‘50s, she was a student and a young woman who was conventionally dressed. It wasn’t until the ‘60s that you see her style changing and becoming more individualized as she becomes more interested in fashion. I think a lot of that has to do with getting out of Ohio, going to college and hitting the city.

By the early ‘60s, it was almost a revolution. Instead of stockings, women wore less constricted underwear and went out of the pointy bras into softer bras. And she was embracing that.

I had to find as much original stock as possible. We started like you normally do, in the costume houses such as Western Costume and all the other ones that are there.

We started pulling clothing from that period. I did all the research and looked at all of the images of the real Gloria.

I tried to pick things that were in that world but if it was impossible to find replicas of things, I try to get similar things. There’s a couple of outfits that we did replicate that we had to make. But most of it was original, and when I couldn’t find things that we specifically needed, or made, it was beg, borrow and steal.

On the Gloria Transition from Alicia Vikander to Julianne Moore

The transition was the beginning of the early 70s. It was the iconic Gloria Steinem look – the black jeans which were slightly flared, the black tight t-shirt and the belt. There was always a belt with a chunky buckle with Gloria all the way through.

The iconic look was scripted. That was when she was being interviewed and she was saying the look was a uniform. It proves my point that somebody can be sexy in a sack. Gloria is sexy, so what? It’s about the person and their mind, not what they’re wearing.

I put her in a dress a few times, but mainly, she was in jeans. She wears the vintage purple velvet dress, and that was based on a dress she actually wore.

Going into the ‘80s, you see it veer off a bit. There are some strange blouses, but she came out of the ‘80s and into the ‘90s and got back into the more iconic Gloria Steinem look.

It’s all recorded, but it was about doing our version of it. The things I think about most is her belts and her rings. One incredible thing about her is that she has naturally long fingernails that never seem to break and long fingers.

She always had beautiful rings on her fingers and she had that all the way from the ‘60s to the present day.

We had the belts from the early ‘70s to now. She always had a big belt was always around her hips, and went up to the waist in the ‘80s, but came back down again.