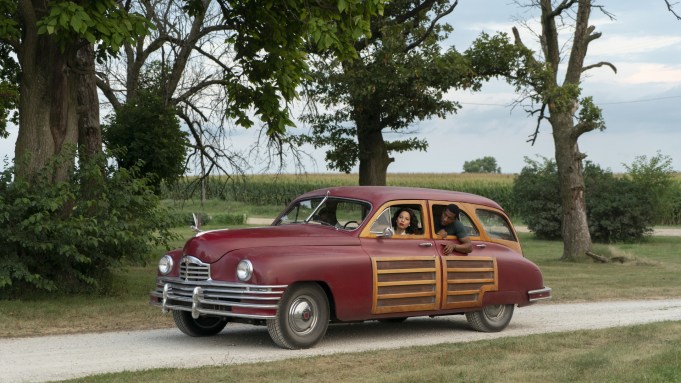 In HBO’s “Lovecraft Country,” Atticus Freeman, played by Jonathan Majors, is in 1950s America, in the era of Jim Crow laws, driving on a quest to find his missing father.

Cars play a vital role in the series, as production designer Kalina Ivanov points out, “Black people used cars in the ’50s as a means to survive.” And as we see in the first episode, Atticus finds himself encountering a racist sheriff played by Jamie Harris, who reminds Atticus he’s driving through a sundown town (a town that banned Black people after dark). His car becomes of utmost importance — for him to survive.

Ivanov talks to Variety about the role cars play in the series and how she collaborated with picture car coordinator Sean Ryan to build their fleet.

What was one of the first things you discussed with showrunner Misha Green about the cars?

Something we discussed at length was that wanted to portray our characters as very proud lower middle-class people who lived on the Southside of Chicago, in a very proud neighborhood. They loved every element of their lives including cars.

There’s an article about driving as Black, but it talks about why Black people focused on buying cars in the ‘50s – because it was a matter of survival. If you were on a bus, it was dangerous, so the cars had emotional and visual impact.

The Ford Woody that the Freeman’s drive is a giant character in the story. Later, without spoilers, it turns into a very unusual vehicle.

How did use the cars to portray economic differences and create those layers?

We looked at what cars the different neighborhoods had. We did a survey of cars in that era and looked at cost. The average car in 1954 cost $2000, and it was the big three – the Chevy, the Ford and the Oldsmobile – that were the most popular.

Sean would research them, find pictures and he would show me the period colors of that year. We were sticking to what was historically accurate and not just picking colors.

What was the biggest challenge in sourcing period cars?

We have a war scene and we had to build our own tank at the end of the day because the set wasn’t wide enough to get it on to the set. We could not roll the tank down the street because it was wide and huge. So, Sean’s department built one and the entire metal shell.

In the second episode, there’s a scene where the Freemans see this fleet of expensive cars in a garage, and you see the color palette, what did that scene say to the series?

We had five cars in that garage. I think it totaled between seven to nine million dollars. I spent weekends in Tennessee getting some of those cars. There’s one car that is this gorgeous green and white car, and again they were all chosen to match the characters.

When we laid it out, we took a pastel approach and that worked well because we wanted to keep the darkness and the more sort of ominous stuff for what happens to the characters versus putting it out on the street. We wanted to create a real contrast between everyday life and what happens once you go inside the house.

Sean, you did a lot of research into period cars, what did you learn from that?

Sean Harris: Manufacturers today make a car with the colors and the bodies, and they don’t change those very often.

Back then, manufacturers switched everything from top to bottom including color and trim every two years. So, when we’re talking about the color palette, it was like going into an ice cream store.

The Silver Bentley plays quite a role in the show, where did you find that and was that just one car?

We had three Bentleys – two were fully operational and the third one Shawn found in North Carolina which was painted to match.

The third one was used for the “smashed” look. I found photo references of smashed Bentleys and gave them to SFX which worked on the final look for the broken car. The VFX department then took over in post for the final, final look of the Bentley smashing into an invisible barrier.