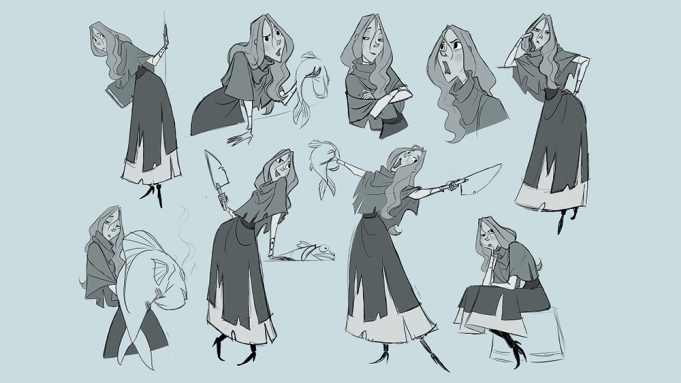 “Klaus” director Sergio Pablos first reached out to producer Jinko Gotoh in 2011 about an idea for a film. The producer told him it was better suited for a book than a movie.

Four years later, Pablos went back to Gotoh, this time with story tests that blew her away: “I looked at him and told him we had to make the movie.”

Gotoh, who serves as vice president of Women in Animation, says, “We’re striving to hit our goal to hit 50-50 by 2025, and ‘Klaus’ represents all of that.”

The organization had previously announced its gender parity goal in 2015. As Gotoh points out, “I never pressured Sergio as a filmmaker to hire for gender parity, but this movie truly represents gender parity and diversity.”

Artists from 20 different countries who spoke 15 languages comprised the crew. “We picked the best talent coming out of schools because they had extraordinary drawing skills,” Gotoh says. “We had female artists across the board.”

“Klaus,” which is nominated for an Oscar and took home top honors at the Annie Awards last weekend, came together through the incredible and traditional craft of 2D animation and not computer-generated animation.

“You have to learn to draw,” Gotoh advises young students. She says drawing is fundamental to animation. “If you look at the good artists, they are extraordinary artists and animators,” Gitoh says. “If you can’t draw, you can’t work in this medium. We express ourselves by drawing.”

Gotoh explains that studios had turned “Klaus” down, not interested in telling a Christmas origin story. It was Netflix that jumped on board, embracing the idea. “It’s traditional animation. It’s had a worldwide release and they (Netflix) wanted to tell a different story,” Gotoh said. “What Netflix offers is the ability for people to watch whatever they want.”

Both Gotoh and Roman knew that “Klaus,” a return to traditional animation, would not be the same were it done through CG. “To be given that freedom and to create that was empowering,” Gotoh says.