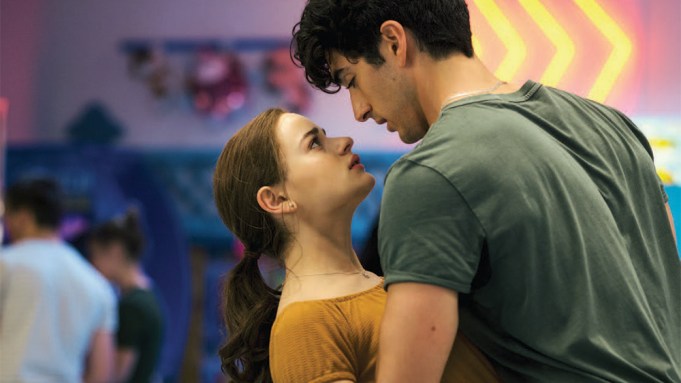 Director Vince Marcello knows fans can not get enough of “The Kissing Booth,” and not long after Netflix released the film’s much-anticipated sequel, “The Kissing Booth 2,” it was announced that a third installment had already been shot.

Marcello says, “Although “The Kissing Booth” is a romantic comedy, the heart of it is a coming of age story.” He reveals the third film “is the culmination of this coming of age story — not just for Elle, but for Noah and Lee, as well. Although their paths are entwined, each has their own journey with a set of challenges that they need to overcome before closing the chapter of their lives that was adolescence and beginning their new journey into adulthood.”

The director behind one of Netflix’s most successful franchises and responsible for the rise of stars Joey King, Taylor Zahar Perez and Jacob Elordi, adds, “I’m most excited about giving fans a joyful and emotionally satisfying ending to ‘The Kissing Booth.’ After all, the love they’ve shown for this franchise, they deserve nothing less.”

In this look at framing the scene, Marcello breaks down a fan-favorite moment from the film: the dance competition that sees Elle and Marco competing while she remains convinced Noah has been cheating on her.

The concept for Marco’s (Perez) character is that I was looking for a guy that could be well suited for Elle (King). On the surface, I wanted him to feel like the perfect guy for Elle – like Noah (Elordi), but with none of the baggage.

I thought the only way to have this was that on the surface, he appears to be the perfect guy for her. EDM was the way to tie them together, the way it ties Lee together.

The concept of the competition being something that would feed her ability to go to Harvard or a higher tuition school became a conflict of that. The guy that is helping her make the money is also the guy threatening her relationship.

The design of that dance came out of finding the idea of the song. I wanted something with a sense of romantic gravitas that was dramatic but also intimate and uplifting.

It was so hard to find the needle drop for it and it was such a hard process that at one point, my music supervisor said we should write the song. I went through 500 songs before we got to that point.

I’ve always loved Walk the Moon, they’re such a great band with this popular sensibility. I didn’t know this song, “Lost in the Wild” of theirs, but once I heard that beginning with this poetic lyric that gives way to this message of giving into your passion and desire – which is Elle is in a position to do, to let go of Noah and move on – it was perfect.

Once we had that, we were able to design everything.

I wanted to give the viewer this sense of being at a world-class event, something on the scale of “The Voice” or “America’s Got Talent,” that this is not a small event.

Paul Baker was our choreographer here in L.A. with Joey and Taylor committed to the rehearsal because that routine is two minutes long.

When Marco and Elle came out to shoot that, we had 2500 extras for that shooting day. The second they walked in, that crowd became a full-on audience. They were watching this dance happen with no idea what’s happening in the movie. When Marco and Elle were rehearsing it, the audience was booing because they didn’t want her kissing this other guy. We were backstage and shocked. But after a couple of takes, Jacob arrived, and as soon as he arrived, it was the strangest thing, because it felt like we were watching this moment as he realizes something is going on between them. It was a pretty big scene. Of course, the other big scene was the Halloween scene.