Daryl Hannah’s bare behind in “Splash” isn’t the only thing being censored by Disney Plus and its family-friendly streaming service, as a few other shows and films have received subtle edits.

Although “Splash” had been streaming since February, sharp-eyed viewers noticed Hannah’s hair had been CGI’d to cover her bare butt as her character goes running off into the ocean. A Disney spokesperson did confirm that “a few scenes in the film have been slightly edited to remove nudity.”

1999’s “Toy Story 2” had its post-credits sequence edited for an inappropriate scene when the film was re-released on DVD to tie in with “Toy Story 4.”

The censors removed a casting couch joke where Stinky Pete (Kelsey Grammer) flirts with two Barbie dolls hinting that he can get them into movies. “You know, I’m sure I could get you a part in ‘Toy Story 3,’”  Stinky Pete says.

The scene was deleted in light of the #MeToo movement. The original scene is below and does not appear in the streaming service version.

But Disney Plus did have a change of heart, it seems, over animated series “Gravity Falls.” Creator Alex Hirsch tweeted back in November 2019 about its decision to remove a symbol from Stanley Pines’ initial fez. Hirsh said, “Lol apparently the geniuses over at Disney+ decided to remove Grunkle Stan’s fez symbol for no reason, but then accidentally left it in the thumbnails.”

The symbol appears to be back on Stanley’s fez, at least for American audiences.

“Lilo and Stitch” audiences have noticed a subtle change to one of its scenes. After fighting with her sister, Lilo runs into the laundry room and climbs into a clothes dryer. In the edited version, Lilo climbs into something that looks like a pizza box. 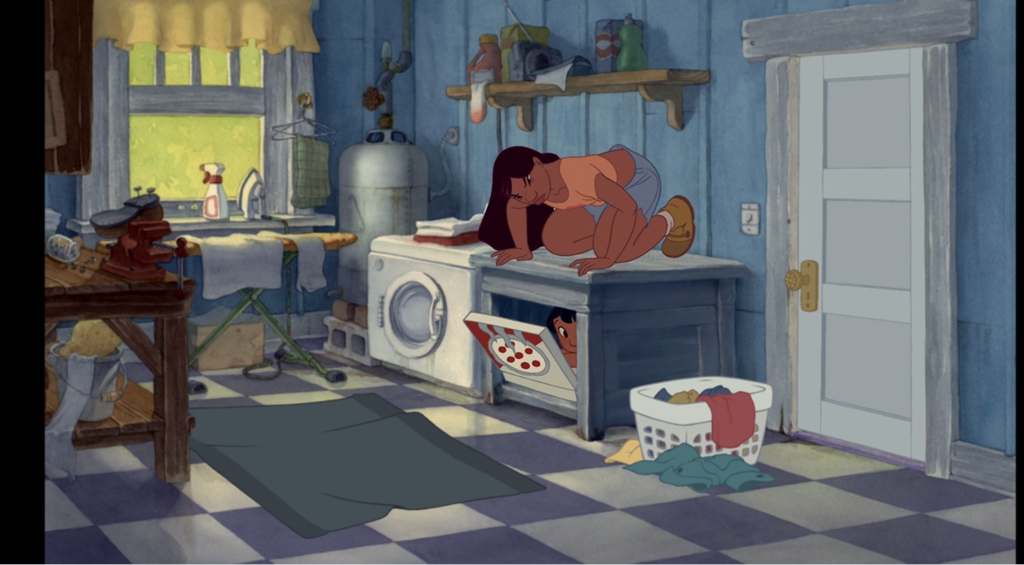