Keanu Reeves and Alex Winter are back for another excellent adventure in “Bill & Ted Face the Music,” hitting theaters and digital platforms on Aug. 28. This time, the time-traveling, middle-aged best friends journey out in search of one song that will unite the world.

Whether creating present day or futuristic looks for Reeves and Winter, costume designer Jennifer Starzyk, who recently worked on David Fincher’s “Mindhunter,” knew no one would understand the character looks better than the film’s stars. After all, they had been with these characters for decades, since 1989’s “Bill & Ted’s Excellent Adventure.”

Starzyk spoke with Variety to break down some key looks from the film:

“Director Dean Parisot first said, ‘No one is going to know these characters better than Keanu and Alex,’ so I deferred to them. Everyone has an emotional attachment to these characters, and I had mine. I started by putting together a vision board of surfers and skaters, and I had put some musicians too and how they had grown over 30 years.

Keanu had some fun ideas. He initially wanted to wear a kilt, but that soon dissipated. He came up with the suit idea and he wanted to look quirky.  At the beginning of the movie, the characters meet with a therapist, so maybe that’s where the inspiration came from — this gesture of being an adult, and someone who was also artistic.

Keanu had mentioned singer Wayne Coyne of The Flaming Lips for one. We went with that, and it went through iterations of colors and how to play a suit into Bill and Ted.

Alex was sent vision boards too. All of our fittings were done in pairs. I never did a fitting without Bill and Ted being together and that was extremely amazing and helpful because they could play off one another.

I was talking to Keanu, and he’s very methodical, asking questions, and Alex would come in, already dressed. He’d say, ‘I’m dressed. I’m done,’ and I’d improve on it.

I had just been hired and I had one week to do my very first fitting with them, and then Keanu was off doing press for “John Wick 3,” so, I needed this arsenal for all their other looks.” 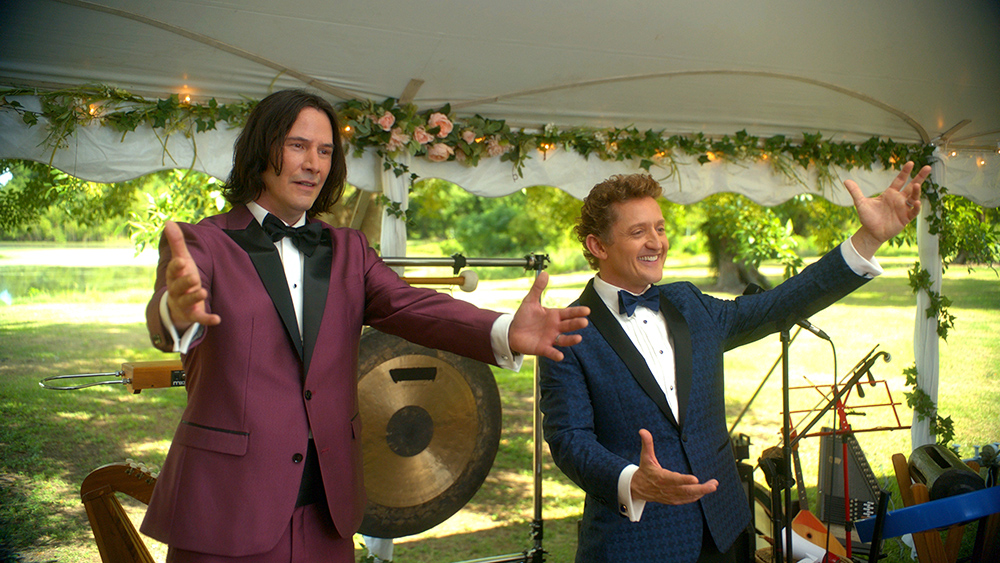 Bill and Ted travel to 2025 as rock stars

“That look had several iterations and we settled on a generic rock star look. When you think of a rock star, you think Aerosmith. And they love Van Halen. So, I asked myself what would the version of Bill and Ted in 1989 and what they imagined they should look like.

Alex said, ‘I can’t have too many animal prints on at the same time.’ Keanu said, ‘I need to wear outrageous leggings,’ and so, we took it from there. We added in a top hat as a nod to Slash from Guns N’ Roses. That entire look is over-embellished and ridiculously Rockstar if they were famous, more so in the ‘90s than in the future.” 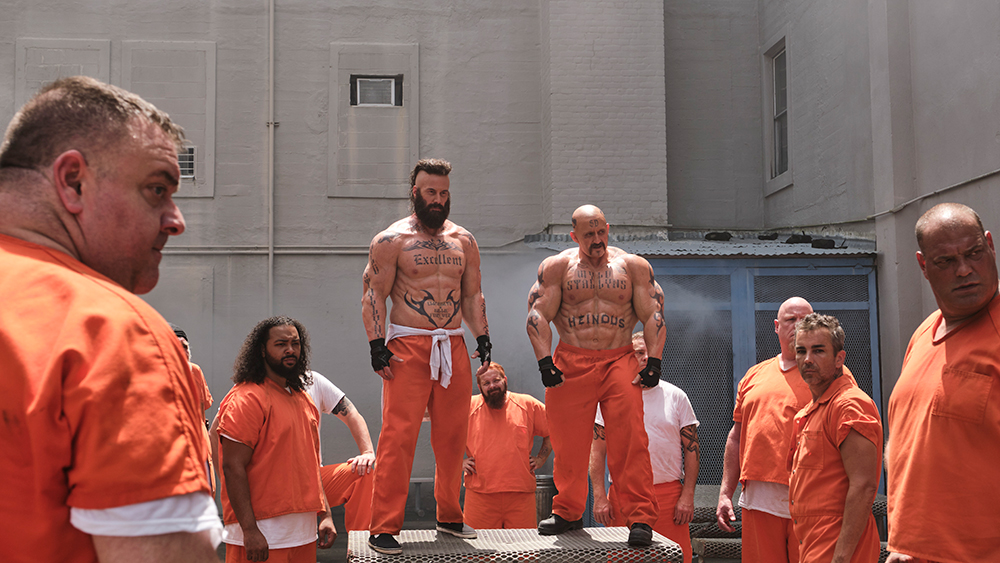 Bill and Ted in jail

“This was [special makeup effects artist] Kevin Yagher’s moment. He had also worked on “Bill & Ted’s Bogus Journey.” He was on this project in 2012 and had a lot of time to think about it. I know Alex wanted to be the biggest person he could be. He said, ‘I just want to look like I’ve worked out in a gym the entire time.’ We also had ideas about putting Keanu in cornrows, but it was really about showing off their build and their tattoos.”

Holland Taylor as the Great Leader

“She is so amazing. The Great Leader’s atmosphere was going to be very structural and in cool tones inspired by Calatrava. But since that came out in ‘Westworld’ and other shows started using Calatrava, and anything Calatrava inspired is expensive, so we moved on.

Early on, I was thinking of translucent and floating fabrics. But when we did the camera test, I realized I couldn’t use anything sheer or translucent because it didn’t work with the green screen.

I went back to the drawing board and went for a strong structure with impactful fabrics, and I let the silhouette dictate everything. She got more classic villainous, and it started to come together. I added a half-crown and gloves. And the pin she wears was a custom-molded guitar-neck shaped brooch that was inspired by Rufus (the late George Carlin) from the earlier movies.

Holland loved it and it was such a process to get in and out of that costumes, but she was game because she’s such a professional.”