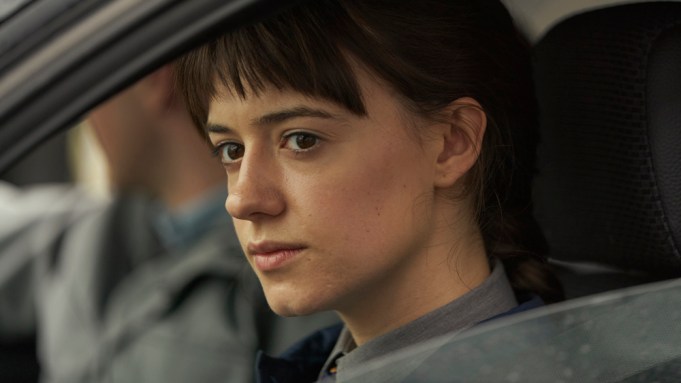 Working with directors Hettie Macdonald (“Howards End”) and Lenny Abrahamson (“Room”), while adapting scenes from the source book by Sally Rooney, Lavelle discovered after seeing the subtle power of actors Daisy Edgar-Jones and Paul Mescal that she needed to be light and quick on her feet, she says. Filming shortform episodes seemed a challenging fit for such an intense drama, says the DP, but she came to realize that this approach actually offered real advantages.

So how did you handle creating this bittersweet love story working in a time slot normally thought of as ideal for comedy?

When Lenny was telling me it’s 12 half-hour episodes, you’re kinda like, ‘Really?’ But it’s amazing that that format ended up working so beautifully. In the half hour there’s so little plot to move forward that you can really get into mood and tone and it starts feeling like chapters, like the book. We ended up falling in love with the half-hour format.

You used some vintage K35 Canon lenses from the 70s, right? Why was that a good fit for this story set in contemporary Sligo and Dublin?

On a practical level, they’re very light and small so it meant I can get really close to the actors. Also they can focus very close like a portrait lens. We ended up using that as quite a technique to get into their heads. Very close – you can have one eye in focus and one not. And because they’re vintage lenses they have quite a lot of aberrations and an organic reaction to light. They’re full of quirks. To me that helps really sell the realism of it. It shouldn’t feel glossy, their world.

And this was part of your minimizing of gear and keeping yourself mobile while shooting a lot of scenes handheld?

For this we wanted to be able to react very quickly and just be with the characters so if we did decide to just turn around there wouldn’t be a lot of stuff slowing us down or hindering. You want to let the performance flow.

It’s the way Lenny works. It’s quite organic, the process of finding the scene in the morning. Then when it’s clicked in you kind of just start and suddenly you’re in it. Once it starts we try and do it fairly quickly to not break it up. It helped to remind us all not to have the mechanics of filmmaking in the way.

So rather than following exact storyboards you would let the actors work out where they needed to be and then follow them?

Sometimes just letting the actors work out the blocking worked really well. Also because it’s just two people and we have big spaces and because of that – we’d always have a big window at either end – it kind of gives it a lot of freedom.

I really loved it in terms of like the simplicity of pure storytelling. Really analyzing why the camera should be somewhere at any given point in the story. Lenny’s a bit of a master at that. He knows every beat and what it’s for – why you’re on a wide angle there, why you go in there…he’s amazingly knowledgeable technically. What cinematic language does to advance the story in the most minute detail.

This was your first time working with Abrahamson, right? What was it about his approach that drew you in?

Lenny’s films like “Garage” or “Adam & Paul” were massive for me because I hadn’t seen films from Ireland like that before, being told like that, having this honesty and truthfulness to them. They were just all masterpieces and felt like stories that should very much be told. “Garage” is about this kind of outsider that the town takes care of. There’s one in every town in Ireland but we haven’t really seen that on screen before. I just loved how pared back and concise his filmmaking is. They really make you feel and as a viewer you don’t feel like you’re being told what to think. They leave space for you to read the world or read the characters.

The intimate scenes in “Normal People” seem surprisingly natural and authentic, even awkward, as the young lovers find their way and deal with tensions. How did you decide to construct them?

Lenny’s mantra was that it should just be a continuation of the dialogue – we shouldn’t change shooting style or anything as we go into those scenes. In the end I kept ending up back at Nan Goldin’s photography. It was the candid thing, the candidness and the proximity of the camera. And we were able to show it to the actors and that was super helpful. The blocking’s so truthful – they have dirty feet and the way clothes are, where they’re looking and why they’re looking there.