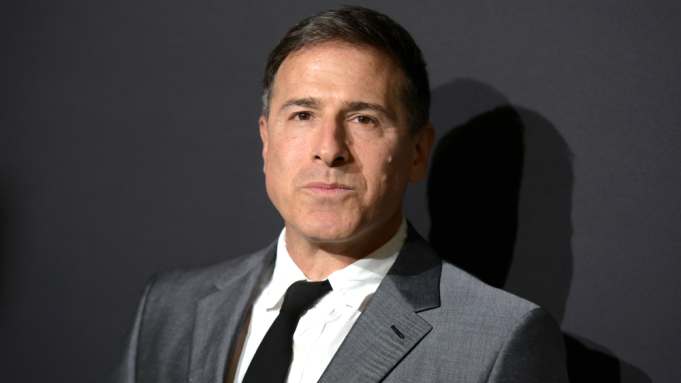 When David O. Russell made “Three Kings” in 1999, it was one of the most definitive films on the Gulf War. At the time, the director had worked on shorts “Hairway to the Stars” and “Bingo Inferno: A Parody on American Obsessions.” He had also worked on features “Spanking the Monkey” and “Flirting with Disaster.” The film came after “Courage on Fire,” and with a distinctive look courtesy of DP Newton Thomas Siegel, provided an incredible satirical look at war.

Speaking at the Santa Barbara Film Festival this past weekend, Russell attended a post-Q&A screening to mark the film’s 20th anniversary. “It was considered a strange thing,” Russell told Roger Durling, the film festival chief.

Strange as it might have been, the film opens with a great moment as Mark Walhberg runs into the frame, saying, “Are we shooting?” It’s not precisely clear, but then he repeats, “Are we shooting people or what?” Walhberg is a soldier, Troy Barlow. The camera pans around and we see other soldiers. Throughout the film, Russell flirts with reality and the perception of reality.

“This is a post-war movie,” Russell told Durling as he discussed the opening scene. “You don’t understand war until it’s over.”

Russell described how he shot part of the film in Mexico. “We shot in a lake bed that was 20 miles long.”

The filmmaker who has gone on to direct “The Fighter,” “Silver Linings Playbook” and “American Hustle” said he didn’t expect the film to be as relevant 20 years later, but it was. He shared a story about meeting a veteran who had served in Iraq and had PTSD. “He went to Veterans Affairs and was told to come back in a year. Think about all the people walking around and what can happen in a year,” Russell said, challenging the audience. In the film, he addresses post-war chaos and tragedy. “The issues in the film are only getting worse,” Russell said.

He took a moment to reflect on the film’s release. “That was an exciting year to be in cinema, it was a roaring fire. You could take a risk. This movie made as much profit on DVD as it did in theaters.”