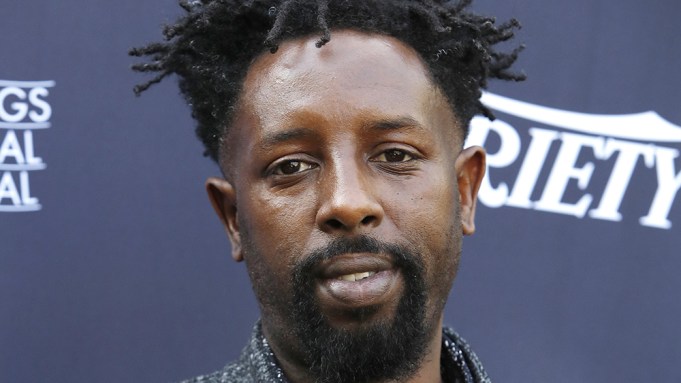 Growing up as a young boy in France, Ladj Ly was influenced by American films. “I watched a lot of films with African-Americans actors,” he says, citing “Menace to Society,” “New Jack City” and “Boyz n the Hood” among his favorites.

When it comes to directors, Spike Lee and Martin Scorsese were two who inspired him.

Ly was just 17 years old when he bought his first camera. With no prior training, he picked it up and “learned while he was on the job.” Ly made short films about life in Montfermeil, France.

If Montfermeil sounds familiar, that’s because it’s the same city where Victor Hugo’s “Les Miserables” is set, as well as Ly’s feature film debut of the same name.

The film was shortlisted for Oscar’s international film category and shines an even brighter spotlight on Ly’s work.

For over 20 years, Ly has been making documentaries highlighting the struggles of life in the suburbs in which he grew up, just 20 minutes outside of Paris, including tensions between law enforcement and civilians. With “Les Miserables,” he wanted to make a commentary on how little things have progressed since Hugo wrote his famous novel. This time, the social problems are the same, except the people are immigrants.

Ly says with documentary filmmaking, he was used to doing things alone. “I wrote, I edited and I was shooting. Suddenly, I’ve got a team of 15 people around me,” he says of his film crew.

Initially, Ly had planned on doing his own cinematography, until he encountered Julien Poupard. “We met, and we quickly realized we had the same vision,” Ly explains. “When it came to casting the film, I knew the actors who played the cops, but I also recruited locals; the kids actually lived in the neighborhood.”

Shot on a shoestring budget, it’s easy to see how his documentary filmmaking style influences the visuals as he uses panoramic shots to show the neighborhood and the socioeconomic climate.

Ly says his favorite scene to shoot was the one in which two cops meet in a bar. “It’s the first time I use the Steadicam instead of handheld. It should have been one of the easiest scenes to shoot, but there were all these small reasons that made it the most challenging.”

In addition to “Les Miserables,” Ly started a film school over two years ago. “It’s called Kourtrajmé and it’s free. It’s open to everyone, and the goal was to make it accessible to everyone because film schools are expensive. We want to see filmmakers all the way through to producing their projects. Hopefully, in ten years, we’ll have expanded.”

He started the initiative to build a school because France’s filmmaking is a closed network and its doors are largely closed to diversity. “I’m trying to shift boundaries with the movie, with the school and with production,” he says.

“Les Miserables” is the image of diversity and France as it is today. “People can watch the film and see themselves,” Ly explains.

For now, Ly is hoping “Les Miserables” will shine a spotlight on the real Paris, not the glamorous one the French media often pushes out.

For the foreseeable future, Ly wants to make movies. “I hope I’ll be making movies,” he jokes. “I can tell you about the next two years; I’ve got two projects in development, and I have my film school.”