What do you know about Kris Bowers, Ruth E. Carter, Hannah Beachler or Joi McMillon? In honor of Black History Month, Variety shines a spotlight on a few of the many African American artisans who deserve to be recognized.

Carter has over 65 credits to her name, creating the visual aesthetic for Lee Daniel’s “The Butler” and Reginald Hudlin’s “Marshall.” Carter is a frequent collaborator on Spike Lee films and got her start working with him on “School Daze.” Carter also received a nomination for Spike Lee’s “Malcolm X” (1992), but it was creating the futuristic look of Wakanda in “Black Panther” that would mark her place in the history books.

She recently partnered with H&M, making strides in the fashion world with her first collection as she becomes the first costume designer to create for the brand. Called Ruthless, the line launches Thursday.

Carter also pays homage to her mentor, Lee. In “Do The Right Thing,” DJ Love Daddy signs off with “It’s the truth, Ruth.” She uses the slogan on some of the sweatshirts in the collection.

Ernest Dickerson is another frequent collaborator alongside Spike Lee. He worked  on video shorts and “Tales from the Darkside” as a cinematographer before going on to lens Lee’s “She’s Gotta Have It.”

Aside from shooting movies and videos, Dickerson also steps behind the camera to direct and has worked on “ER,” “Last Man Standing,” “The Walking Dead” and “The Man in the High Castle.” 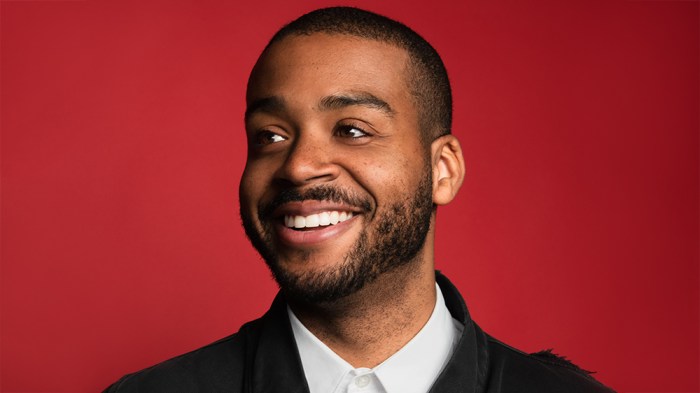 Bowers received a Primetime Emmy nomination for scoring episode two of Ava DuVernay’s series “When They See Us.” In the episode, he used silence for impact, especially as Patricia Meili walks to the stand to testify. Bowers uses silence to create tension.  Elsewhere, he takes the cue from the end of the episode to use to craft the score and motifs for Yusef and Kevin.

Bowers has over 29 credits to his name and his music can be heard on “Raising Dion” and  the upcoming “Mrs. America.”

Bradford Young became the first African American to be nominated for outstanding cinematography for his work on “Arrival.” Young also shot “A Most Violent Year,” “Solo: A Star Wars Story” and “Selma.”

In “Arrival,” Young bathes the film in natural light. When Louise (played by Amy Adams) is in her chambers, the vibe is dark and the light is absorbed. As the movie progresses and Louise gets to know more about the aliens, her attitude changes and Young’s lighting changes, reflecting more as she learns.

Kira Kelly has worked alongside Ava DuVernay, lensing the powerful “13th” in 2016 and she regularly shoots episodes of “Queen Sugar.” For the former, Kelly framed Angela Davis in a way that let Davis’ powerful presence seep through the lens. We weren’t just watching a talking head, we were watching this captivating trailblazer and pioneer through Kelly’s work.

Joi McMillon has gone from editing shorts to TV series to working alongside Barry Jenkins. McMillon edited the Oscar-winning “Moonlight” and “If Beale Street Could Talk.” Most recently, she edited the Sundance hit, “Zola.”