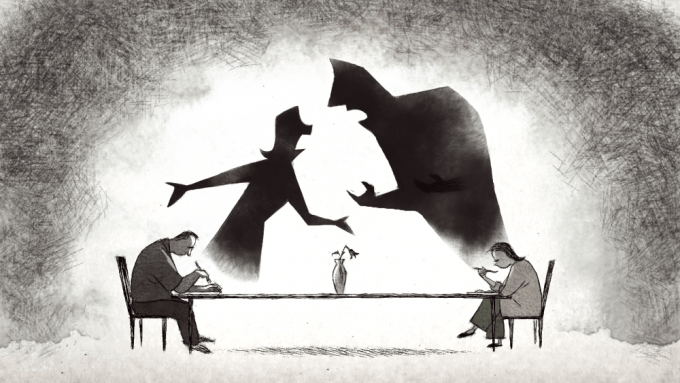 Executive producer Laura Dern wanted to leap on board when she and producing partner Jayme Lemons (also an executive producer), had the chance to support the animated short, “If Anything Happens I Love You.”

The story follows the aftermath of tragedy as parents grieve the loss of a child and through a dialogue-free narrative, tracks them as they grapple with their emotional void.

Dern spoke with Variety about how the animation team was all-female. She also talks about partnering with the non-profit organization Everytown for Gun Safety, and why it was important for her to be a part of the narrative for the short which drops on Netflix Nov. 20.

Why was it important for you, as an executive producer to tell this story?

Laura Dern: Jayme Lemons and I wanted to leap on board as executive producers and support [writers and directors] Michael Govier and Will McCormack in any way we could to have as many people as possible experience the film, not just because we love the film, but we are also involved in Everytown for Gun Safety.

The fact it spoke that it spoke so beautifully to the issue at hand was miraculous in a dialogue-less way and to be able to reach everyone was something we found so moving.

Separate from that, they were able to capture the theme of grief in a way that transcended animation and transcended film which is so rare to experience. No one wants to talk about it and it’s wild that it’s this thing we don’t speak of.

I was saying to a friend whose family was going through immense grief from a tragically untimely loss, ‘Isn’t it amazing that there’s the language around the birds and the bees. We joke about it and it’s a breeze compared to how to talk to children about grieving – this unknown language and no one has prepared us for it.’

The way the filmmakers and the animators captured that untold story of grieving and how we live amongst memory, was so palpable.

You’ve got a female animator, a female director and a female composer. Usually, when we think of animation, it’s male animators. Can you talk about the women behind the scenes?

Kudos to the producers Maryann Garger and Gary Gilbert for being champions and protectors of the film, but in the way they wanted to make the film.

You know, like myself, in my work on the board of governors of the Academy, how male-dominated the world of animation is. But you and I both know that the story started with women.

When you look at imagery, I was looking at the archives from “Pinocchio,” and you see this gorgeous line of incredible artists, and they’re all female animators. It’s like, “What happened?” There were pioneers and women were making and editing films and animators were animating. That’s just the way cinema was for quite a period. To see the commitment of these incredible artists, and have this entire female team of animators was exciting.

The work speaks for itself. Every moment and every drawing is filled with such deep empathy and tenderness. To see this new day and a new generation of artists who lead with the truth with what they want to express without needing to be anything but pure artists. I think the film speaks to that too in such a gorgeous way.

On top of it, I think something so moving and angelic and haunting, was the choice of the Inner City Youth Orchestra of Los Angeles. The only true narrator of the piece are these youth filled voices, and that was so moving.

Why did you get involved with Everytown for Gun Safety?

Their work is extraordinary. They’ve rallied the masses. They’ve figured out how to make us palpably aware of how we can make a difference.

Everytown has set up the ability to text members and let us know where our voice matters. They’ve made it very clear that this is a non-partisan issue and that we have to come together to protect our children and each other from gun violence.

They’re longing to investigate rightful background checks and the tragedies of what happens when anyone can purchase a gun online or through gun shows. They are incredibly versed in teaching us as people, how we can make a difference together and not taking anything away from anybody.

I was talking to a conservative friend who has a child starting kindergarten, and I said, ‘It’s amazing all the things you have to talk to them about and prepare them for including, you know, the drills.’ He thought I was talking about fire drills and I was talking about school shooter drills. He’s an NRA member and a gun owner. I said, ’In kindergarten, they start doing school shooter drills so that the kids are prepared if a shooter comes into the school.’

He said, ‘What world are we living in?’

We’re living in our world where our children go to school and are scared, and we’re teaching them to be afraid because we’re not changing laws. He called me the next day and said, ‘I’m no longer a member of the NRA. I am a conservative, I am a Republican, I am a gun owner, and this is outrageous. We all need to work together, and I’m calling Everytown.’

I appreciate how they have single-handedly changed the narrative so that we can work together and affect change.

It’s crazy. I moved here from England and they banned Kinder toys in chocolate eggs but I can go out and get a rifle with such ease.

My daughter was talking to me about COVID, and we had been apart because I’ve been working in England. We were catching up about how it’s all different. She said to me, ‘There’s so much focus on climate change and air quality since COVID, but I wish they were doing more stories on the fact that there was a school shooting every week from January of last year and suddenly, at least there are no school shootings.’ She said, ‘They’re talking about depression and anxiety and having to be taught virtually, but I was anxious every day going to school because I knew anything could happen.