How Much Does Hitting the Awards Season Circuit Really Matter to Stars Like Brad Pitt? 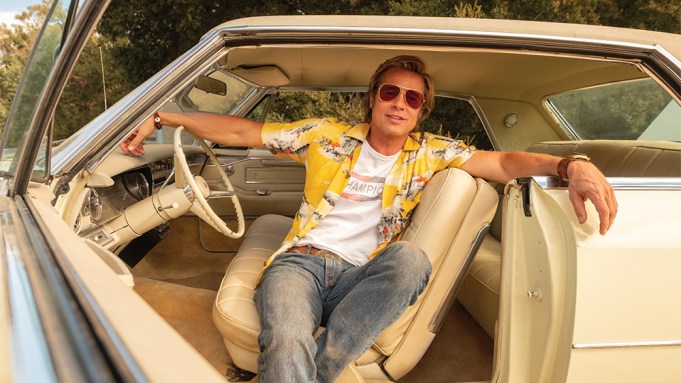 Everyone is wondering how Brad Pitt would answer that question these days. He recently raised eyebrows and made headlines when he proclaimed that he would not be campaigning this awards season.

“Oh, man. I’m gonna abstain,” he told Entertainment Weekly when asked if he’d be pounding the pavement for his work in “Once Upon a Time … in Hollywood” or “Ad Astra.” “I mean you never know, and it’s really nice when your number comes up. But the goal is for the film to land — to speak to someone — whether it’s now or a decade from now. I find chasing [awards] actually a disservice to the purity of your telling a story, and a shackling thing to focus on.”

But now, Pitt appears to be backpedaling a bit. When I asked him at the “Ad Astra” premiere in Hollywood about his decision not to campaign, he insisted: “I never said that by the way. I don’t know where that came from.”

He went on to explain, “I want to believe in a meritocracy.” But, he added, “I know that doesn’t exist.”

While Fox may be pushing him for his lead role in “Ad Astra,” it’s his work in “Once Upon a Time” that most believe could finally
secure him an Oscar for acting. He’ll likely be put up for supporting actor, with LeonardoDiCaprio going for lead. Pitt already has a gold statuette for producing best picture winner “12 Years a Slave,” but he went home empty-handed each of the three times he was nominated for his work in front of the camera.

Several sources tell me that Pitt hasn’t decided what he’ll be doing on the awards circuit in the coming months, but they made one thing perfectly clear: He will not campaign solely for himself. As one source says, he’ll probably do “a few things to support his colleagues.”

That will likely be a round of guild Q&As.

While it may seem like Pitt has been on the campaign trail during the past couple of weeks because of his frequent appearances in the press, he’s actually been promoting “Ad Astra.” In a series of interviews, the notoriously private actor-producer opened up like never before, discussing his sobriety, fatherhood and even recalling the time he confronted Harvey Weinstein after the now disgraced mogul allegedly sexually harassed his then-girlfriend Gwyneth Paltrow.

Campaigning or not, his visibility during the “Ad Astra” press tour could translate into votes come Oscar time.

But stumping for an acting Oscar has met with mixed success.

Consider Mo’Nique, who famously refused to campaign overseas for her work in “Precious” because she wouldn’t be paid for her time and effort. Even so, she went on to win supporting actress in 2010.

Michael Fassbender said he would no longer work the awards circuit after he failed to grab a nomination for 2011’s “Shame.” Two years later, he earned a nom for “12 Years a Slave.”

In 2012, Joaquin Phoenix blasted the awards circuit as being “utter bulls–t.” He refused to campaign for his starring role in “The Master” because he called stumping for “Walk the Line,” in which he starred as Johnny Cash, “one of the most uncomfortable
periods of my life.” Still, he received a nomination for “The Master.” No word yet on how he’s feeling about campaigning for his role as the titular homicidal madman in “Joker,” but ask anyone working on the film and they’ll tell you that Phoenix is so unpredictable day-to-day that solidifying a long-term campaign strategy is nearly impossible.

And then there’s last year’s campaigner-in-chief Glenn Close. She didn’t miss a beat in an attempt to win her first Oscar in seven nominations, for “The Wife.” Everywhere you looked, there she was. Not that she wasn’t beloved already, but she even brought her dog Pip to events. Close lost to “The Favourite” star Olivia Colman, who did very little campaigning because she was filming Netflix TV series “The Crown.”

It’s too early to say where Pitt will be on Oscar night. As for seeing more of him on the campaign trail, one industry observer said: “It’s not like he has to do anything. Just being Brad Pitt is a campaign.”