‘Younger’ Season 6: ‘The Entire World Has Been Flipped Upside Down’ 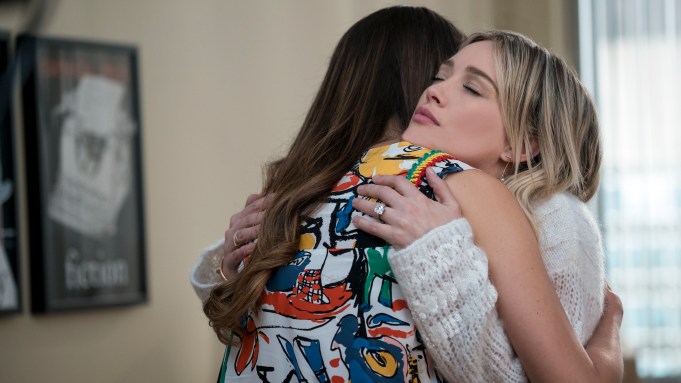 When “Younger” returns for its sixth season, everything will look a lot different.

The hip wardrobe and sets will remain the same, but the people inhabiting those chic spaces will be navigating completely new territory.

For starters, Charles (Peter Hermann) and Liza (Sutton Foster) are finally an out-and-proud couple that can exist together in the real world. At the end of the fifth season, Charles stepped down from his post as the head of publishing company Empirical, which means he is no longer in the office. Instead, Kelsey (Hilary Duff) is leading the company.

“The entire world of ‘Younger’ has been flipped upside down,” Foster tells Variety. “It’s a completely new world.”

But just because “the will-they-won’t they aspect of their relationship is gone,” Foster says, it doesn’t necessarily imply a happily ever after. As Duff puts it, Liza and Charles have a “real chance at a relationship.”

“We’ve been waiting five seasons to see them get together and now, they are,” Foster adds. “But it’s not easy. There are different challenges. Charles gave up a lot to be with Liza, and Charles isn’t going to be sitting in his PJs eating bonbons. He’s trying to figure out what his next move is, but how that affects their relationship is a huge piece of this season. They have a lot to navigate, but there’s a lot of love there.”

And then there is still Josh (Nico Tortorella), who is still a pull for Liza. “She still has the itch of this other human in her life that she hasn’t quite let go of — so, it’s complicated,” Foster says.

As for Duff’s storyline, Kelsey being the boss throws a wrench in business dynamics, especially with Diana (Miriam Shor), who is used to being the highest-ranking woman at the company.

“It’s a mixed bag of emotions where she’s fought so hard to be taken seriously and have the job that she’s always wanted, but is she now sitting on top of something that’s about to crumble?” Duff says. “I think this is a very challenging, emotional season for her where she just feels not good enough.”

In addition to the romance and workplace ups-and-downs, Kelsey and Liza’s friendship is also tested. “The journey that Kelsey and Liza go on this season, I wish it was easier,” says Foster, “like it was all completely sunshine and rainbows, but that’s not the reality.”

And yet, the female-forward relationships are still the heart and soul of the series.

“I’m very proud to be on a show that focuses more on female relationships and also females and their careers,” Foster says. “Yes, there’s romance in the show, but time and time again, our characters keep chasing one another and also our career over men and over romance. I’m very proud to be representing that on television.”