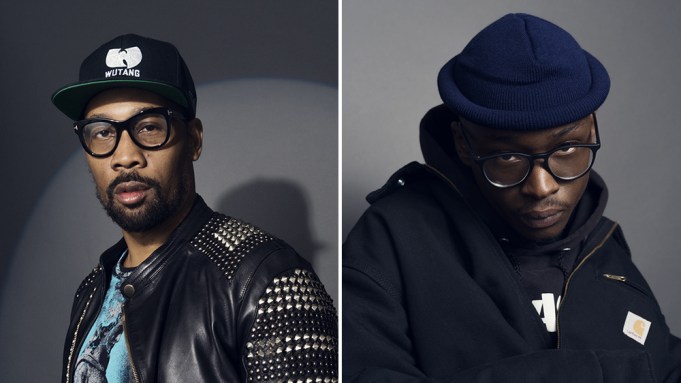 Hulu has set six series regulars for its upcoming scripted series on the origins of The Wu-Tang Clan, Variety has learned.

Ashton Sanders, Shameik Moore, Siddiq Saunderson, Marcus Callender, Zolee Griggs, and Erika Alexander have all been cast in the 10-episode series, “Wu-Tang: An American Saga.” Full character descriptions can be read below. In addition, Chris Robinson–who previously directed multiple episodes of shows like “Star” and “The New Edition Story”–has come onboard to direct and co-executive produce the pilot.

“Wu-Tang: An American Saga” is inspired by “The Wu-Tang Manual” and “Tao of Wu”, and based on the true story of the Wu-Tang Clan. Set in early ’90s New York at the height of the crack cocaine epidemic, the show tracks the Clan’s formation. The group was a vision of Bobby Diggs, aka The RZA, who strives to unite a dozen young, black men that are torn between music and crime but eventually rise to become the unlikeliest of American success stories.

Creative and thoughtful underneath a hardened exterior, Bobby Diggs is accustomed to street life but can’t let go of his dreams about music. He’d rather mess with loops and records, but knows he has to step up in order to provide for his family. Having been raised on a farm by his uncle, Bobby has a different outlook on life than his friends and brothers. We’ll come to know him as hip-hop icon The RZA.

Sanders previously starred in the Oscar-winning film “Moonlight.” He also appeared in recent films like “Equalizer 2” and “Native Son.” He is repped by Hyperion and Felker Toczek.

Down on his luck but would never tell anyone about it, Sha Rader is a gunner for drug dealer Power Grant, a kid who grew up on the streets who now wields a gun without blinking. He’s still got some innocence to him, however, and his friendship with Bobby makes it tough to carry out his orders.

Moore recently lent his voice to the critically-acclaimed animated film “Spider-Man: Into the Spiderverse.” He is also known for starring in the Netflix series “The Get Down” and the feature film “Dope.” He is repped by CAA and Three Six Zero Entertainment.

19 years old but already a man, Dennis “D-Love” Coles is a loving kid who would do anything to protect his friends and family. When he’s not taking care of his two younger brothers while his mom drinks herself to sleep, Dennis serves as the right-hand man to Bobby’s older brother Divine in their increasingly competitive drug dealing business based out of the Stapleton area. Dennis takes his role in Divine’s crew seriously; he’ll step up to any challenge if he feels threatened. But he brings that sense of loyalty to his other relationships, too—and has an untapped talent that will help him grow into the artist Ghostface Killah.

Saunderson will appear in the upcoming Netflix series “Messiah.” His past credits also include the film “Mother’s Milk.”

Quiet and focused to an unsettling degree, Power Grant is the top dog of Park Hill, an area in the projects that he and his gang control as the chief rivals to Divine’s crew in Stapleton.

Callender previously appeared in the Starz drama series “Power.” His other TV credits include “The Breaks,” “Shades of Blue,” and “Eye Candy.” He is repped by Henderson Hogan Agency and JLC Entertainment Group.

Multi-talented and optimistic, Shurrie might be the second-youngest of four, but she’s basically the woman of the house. She’s taught herself how to care for others and take care of any issues around the home, all the while staying focused on school. Shurrie is in a relationship with Dennis that no one can know about.

Griggs’ recent credits include “Ballers,” “Adam Ruins Everything,” and the film “Public Disturbance.” She is repped by Global Artists Agency and LVL Up Management.

Linda is an overworked mother of four who has been through hell and back. Now rid of her abusive husband, Linda spends most of her time at the rib shop working. She knows her relationship with her children has suffered, but has to put on a brave face and go to work in spite of it

Alexander has recently appeared in the CW series “Black Lightning,” HBO’s “Insecure,” and the blockbuster film “Get Out.” She is repped by Greene & Associates Talent Agency and Untitled Entertainment.

Robinson is repped by CAA, Artists First, and Fox Rothschild.