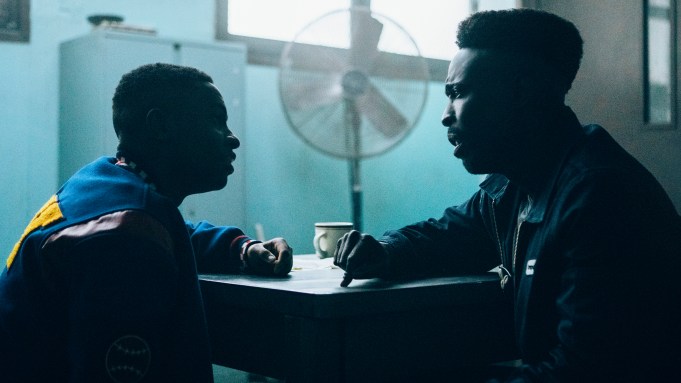 Netflix has released the trailer for Ava DuVernay’s “When They See Us,” a four-part limited series about the wrongly convicted Central Park Five.

Based on the true case of five teenagers of color, labeled the Central Park Five, who were convicted of a rape they did not commit, the show follows the young men (Antron McCray, Kevin Richardson, Yusef Salaam, Raymond Santana and Korey Wise) in the spring of 1989 when they are first questioned about the brutal assault of a Caucasian female jogger in New York’s Central Park. The later part of the series will also see them as men, spanning 25 years and highlighting their exoneration in 2002 and the settlement they reached with the city of New York in 2014.

“Why are they doing us like this?” one of the boys asks in the trailer. “What other way they ever do us?” replies another.

The trailer shows snippets of courtroom battles, press coverage and family devastation in the wake of the trial and subsequent convictions. The trailer ends with images of the boys intercut with their post-exoneration adult selves.

“When They See Us” was created by DuVernay, who also co-wrote and directed all four episodes. Jeff Skoll and Jonathan King from Participant Media, Oprah Winfrey from Harpo Films, and Jane Rosenthal, Berry Welsh and Robert De Niro from Tribeca Productions executive produced the limited series alongside DuVernay through her banner, Array FilmWorks. In addition to DuVernay, Attica Locke, Robin Swicord and Michael Starrbury also served as writers on the limited series.

Huffman plays prosecutor Linda Fairstein. The actress recently pled guilty in the nationwide college admissions scandal. She was charged with one count of conspiracy to commit mail fraud for paying to boost her daughter’s SAT score.

“When They See Us” launches May 31 on Netflix.