‘When They See Us’ Shut Out of Golden Globe Nominations 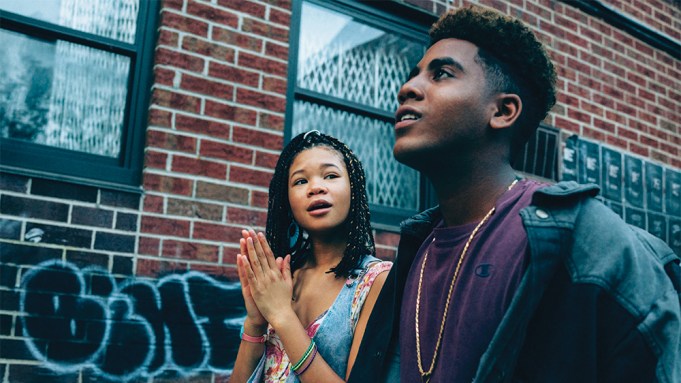 “When They See Us,” Ava DuVernay’s Netflix limited series, received no acknowledgment Monday when the nominees for the 2020 Golden Globe Awards were announced. This was despite the fact that the project, which tells the story of five young African-American men wrongly convicted of the assault of a jogger in Central Park in 1989, was a big player this year at the Primetime Emmy Awards.

Heading into September’s Emmys, “When They See Us” received 16 nominations — the most for any Netflix show and seventh most overall behind “Game of Thrones,” “The Marvelous Mrs. Maisel,” “Chernobyl,” “Saturday Night Live,” “Barry,” and “Fosse/Verdon.” Come Emmy night, the miniseries walked away with two awards — one for casting directors Aisha Coley, Billy Hopkins, and Ashley Ingram; and another for lead actor Jharrel Jerome, who played one of the wrongly accused men.

Instead, the Hollywood Foreign Press Assocation nominations in the best television miniseries or movie category were Hulu’s “Catch-22,” HBO’s “Chernobyl,” FX’s “Fosse/Verdon,” Showtime’s “The Loudest Voice” and Netflix’s “Unbelievable.” “Catch-22,” which featured an all-white cast, was the major surprise in the category. The George Clooney-produced World War II miniseries received only two nominations at the Emmys — one for sound editing and another for visual effects. Netflix’s “Unbelievable” was not eligible for the most recent Emmys. It received largely positive reviews and willl contend next year.

“When They See Us” was the most recognized show Sunday when nominees for the Critics’ Choice Awards for television were announced.

Reaction on social media to the apparent snub of what was widely considered a well-crafted and important piece of television was swift and strong:

The HFPA just whiffing on stories about and by women this year. When They See Us, Hustlers, Little Women, Neighborhood…

Guess I shouldn't be surprised, but no #GoldenGlobes nominations at all for When They See Us? And out of 40 acting nominations in television announced this morning, just three went to non-white actors? Wow. Disappointing for 2019. pic.twitter.com/okJKrsuwGd

When They See Us totally shut out of the #GoldenGlobes

catch 22 over when they see us ……. make that make sense

.@goldenglobes are y’all ok?? The HFPA just wholly snubbed ‘When They See Us’ — not even giving its Emmy-winning actor a nomination. I am confusion.