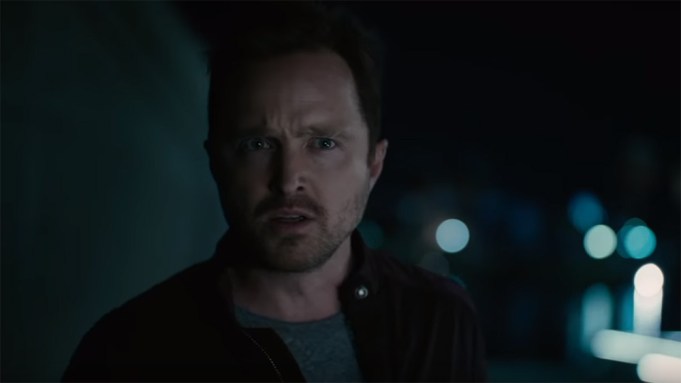 Ahead of the final episode of “Game of Thrones,” HBO released the first trailer for the new season of another flagship show: “Westworld.”

The first look at the third season of the sci-fi show puts the focus on new series regular Aaron Paul, best known for his run on “Breaking Bad.” The trailer doesn’t reveal much in the way of plot, but we do get the first look at the environment and, of course, Paul’s entrance into the series.

It shows him walking across a bridge before coming across Evan Rachel Wood’s Dolores, who appears to be in some sort of distress. He asks if she needs any help, but he may come to regret the well-intentioned gesture.

“They said they would make a better world — smooth away the rough edges,” intoned Paul’s voiceover. “But that was a lie. I guess the rough edges are the only thing I’m hanging onto.”

We also get first glimpses of Lena Waithe (“Master of None”) and fellow newcomer Vincent Cassel.

HBO hasn’t yet revealed a release date for “Westworld” Season 3 — however, don’t get too excited to return to the occasionally murderous robots. The third installment of the series, created by Lisa Joy and Jonathan Nolan, won’t debut on the premium cabler until 2020.